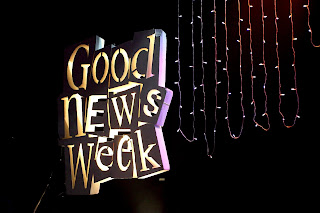 Saturday.......off to Sydney with Lexie, Lauren and Moo to see the taping of Good News Week at the ABC Studios in Harris Street Ultimo. Parked the car, had some food, bought stuff at paddys markets and walked to the studio. Even after all that we arrived miles too early. In fact we arrived just after they closed the doors on the earlier taping. A very nice security bloke saw us and asked us if we were late. No, early. So he offered to sneak us in for the first show too!!! Yahoo!!! it was fantastic. Adam Hill is the funniest bloke and a tidge naughty too. There was an american comedian on the same episode and he was either under the influence of something possibly illegal or he had a very strange sense of humour. Either way there was a fair bit of laughter everytime he opened his mouth. The taping of the first episode was heaps longer than the taping of second episode, but both were fun. 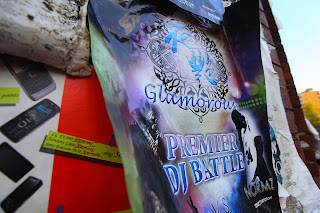 Only took a few shots inside the studio and even fewer in Ultimo itself. Took this shot and LOVED the colours. It was an old bill poster on a derelict facade of a long since mostly demolished building and it grabbed me! I only took 2 shots, but for some reason the poster grabbed me!