Oh what a night in old Sydney town!

What a week it has been.  First I was going, then I wasn't going and at the last minute I was going again.  Going where?     Going to Sydney to meet a totally awesome man whose musical and film making career I have been following since 1995.

I wanted to go, but after last weekend and the garage sale sapping my limited energy reserves  I doubted I could follow it up with a long drive to Sydney and back on a school night!  I told him I'd be there, then I told him I wouldn't, but I knew this would probably be my one and only opportunity to meet him face to face.  Sure we are "facebook friends" and we have been using the chat function on there since about mid 2010, but face to face!!  How could I miss this rare opportunity?   The simple truth is he lives about 17,000kms away in cold old England and was out here on a tour promoting one of his movies and running a series of empowering workshops designed to help creatives get their ideas out of their heads and into the real world.  Hence, a trip to Sydney... for both of us!

What should have been a 1 hour 40 drive took substantially longer in the most hectic traffic I have ever seen, breakdowns on the toll roads and the eastern distributor compounded the usual end of the day rush of people just wanting to get home.   There might well be some tickets heading my way as a result.  Travelling in a Transit Lane for one, although I wasn't in there for more than about 500m.  There might be some speeding tickets too.  And although the car is registered on my etag, it wasn't in the windscreen.  Yes, I heard your giggle when I mentioned me getting a speeding ticket, but you see I wasn't in Larry Laser.  I was driving my sisters car and it is quite the mover!!!   I won't  even go into the debacle of trying to find my car in the Star City Casino carpark afterwards.  Pink C6 I remembered....  but what floor would you expect that to be on?  Well I can tell you it is parking level 3.  But it did take me some time to work that out!

It seemed Jamie was as pleased to see me as I him!  There were people everywhere, but when he approached me he was very excited that I had made it down.  There were hugs and kisses.   I had taken him a bag of jelly snakes as he likes treats!  He said they were his fave!  He had a good look at how my  my neck scar  had healed, he had seen photos of the gore after surgery.  I introduced him to my nephew Nic and they had a good old chinwag too.   Conversation flowed easily and time passed very quickly.  So with one thing left to do I got my gear ready for the Strange, NOT Stranger project photo.   Jamie had agreed to be photographed and I had the gear , albeit NOT may favourite 135 f2 lens.  I packed the 85 f1.8 cos I suspected we would be short on length.  The 85 is not my fave, but it is a good lens all the same.  So in one shot I captured him. More hugs and kisses followed and we disappearred in different directions out of the Maritime Museum where we had met.  The internet has made this world a very tiny place...and I am glad.

It is said that picture is worth a thousand words... so here is 1k of wordiness! 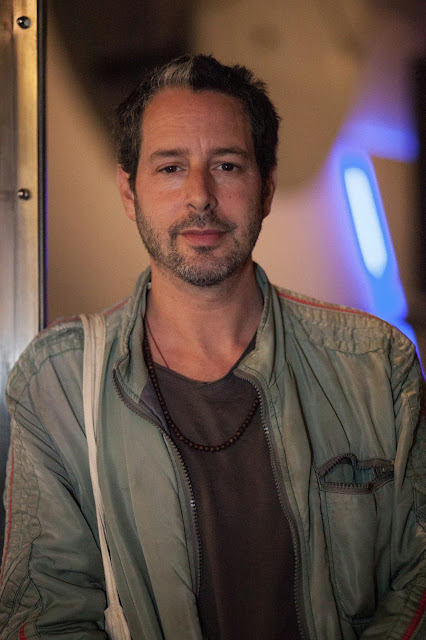