I'm no Costa Georgiadis or even Jerry Coleby-Williams

I'm no Costa Georgiadis or even Jerry Coleby-Williams.  I'm not even close to being a Jane Edmanson or a Sophie Thomson. Nor even a Pip Courtney,  but I do love to tinker in the veggie patch.  What started a few years ago with one 1200x900x300mm raised bed has become a bit of an obsession with 6 beds full to bursting with the freshest of veggies imaginable!   In the height of summer I have so much produce I give it away to family, neighbours and friends.  Now in the thick of winter I struggle to get enough out of it at all.  But that's not a bad thing. Winter is when I replenish the soil and build up the worm population.

I am trialling a 6 bed rotation system this year.  No two crops from the same family in a row.  Alternating root crops with leaf crops season by season yet still attempting to adhere to the principals of companion planting.  I don't use any insecticides or pestacides. I do make my own compost and I do use a mix of crushed up fish guts and seaweed as a deterrent to the white cabbage moth, but otherwise I hand pick pests off leaves and hope for good rainfall, sunny days and strong growth.  Season dependant I use chillies and marigolds to discourage bugs.  Fortunately the local possum population is not fond of broccoli or radish, so they leave me alone.

I've done a little experimenting too this season.  I planted spring onion seeds into a mini greenhouse and let them establish.  I transferred  them into a bed after a few weeks.   That same day they were planted I directly sewed seeds from the same packet into another bed and 10 weeks on the direct sewn spring onions are thriving.  The greenhouse crop, whilst older, is far less advanced.  Whooda thunkit!  So for spring onions at least I will buy seeds now, not punnets. Seeds are HEAPS cheaper and are always on hand so  I can zip out and plant a few rows instead of driving to the nursery and grabbing a punnet THEN planting!  Over time I will test that theory further with other veggies too.

So with my 6 beds full or replenishing before a spring crop I needed to either buy more beds and get another truckload of soil delivered  OR acquire more space by other methods.  I'd like to increase the variety of plants I grow and so some extra beds are essential. The backyard here is massive, but massively overgrown.  It is just your classic quarter acre block, but I have left one area wild for native birds and animals.  Side beds are overgrown and have poor soil with neighbouring trees sucking the life blood out of them and being a mass of twisted tree roots.  The large lawn section is where I have placed the 6 beds I already have, but that still leaves me with masses of lawn to mow and realistically I could put another 6 beds in........  but then it wouldn't really look much like a backyard anymore!!  So in my quest for more space  I have acquired the use of a long narrow disused veggie bed that is divided into four smaller spaces at my sister home, just up the road.

That bed is in really poor condition!  Some worms, but a tangled mat of roots in the soil that will take me some time to clean out and build up.  I tackled one part of it yesterday and got it cleaned out and I planted spring onions to get something in!   Then I bought some blood and bone and lucern mulch.  Today I spent a couple of hours digging out what weeds and roots I could then treated the whole bed with blood and bone.  I covered two beds with lucern mulch and gave it all a good water.  I then planted garlic in the corner of the spring onion bed and tomatoes and capsicum in the far end of the bed.  The one remaining plant from last year is a rhubarb so it got a hit of blood and bone and a good water too.  It may well flourish again.

So what is a blog without images.  Heres some of the garden...... or should I say gardens!!! 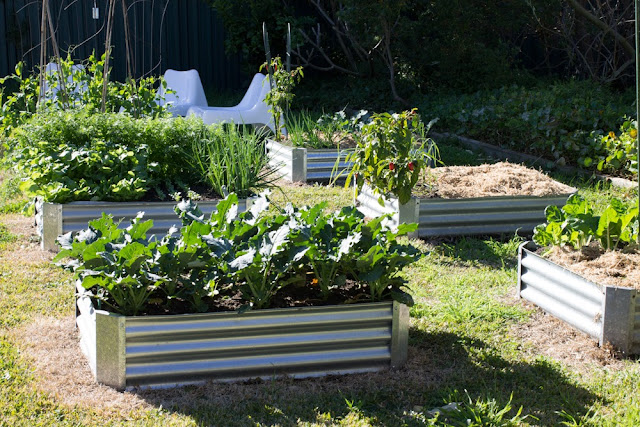 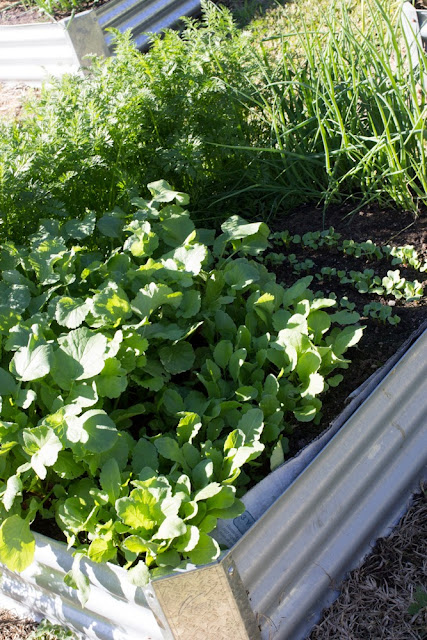 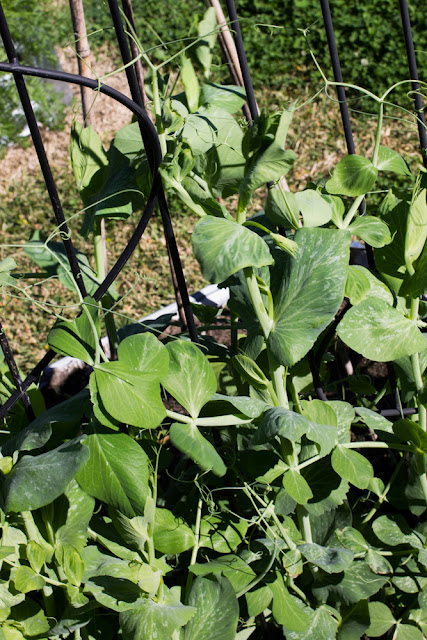 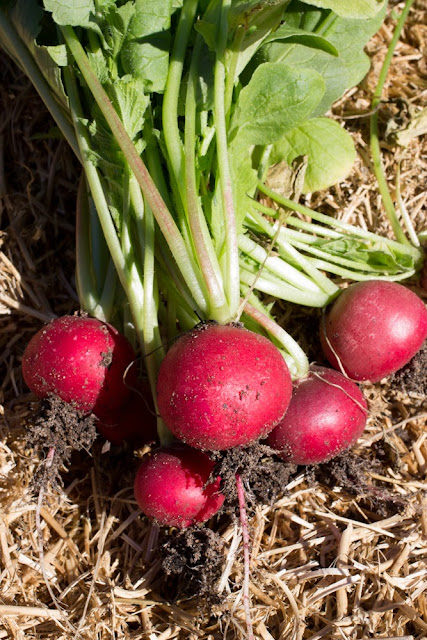 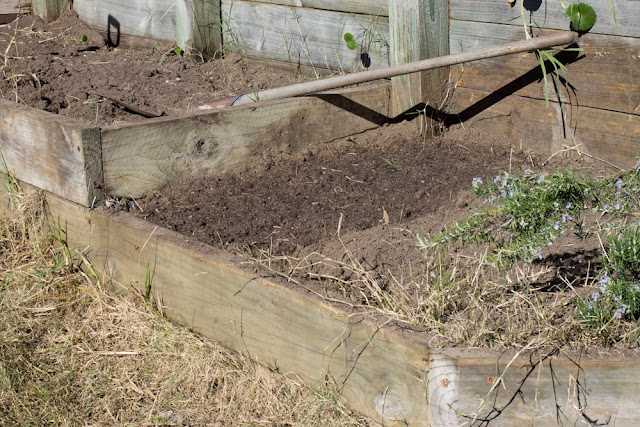 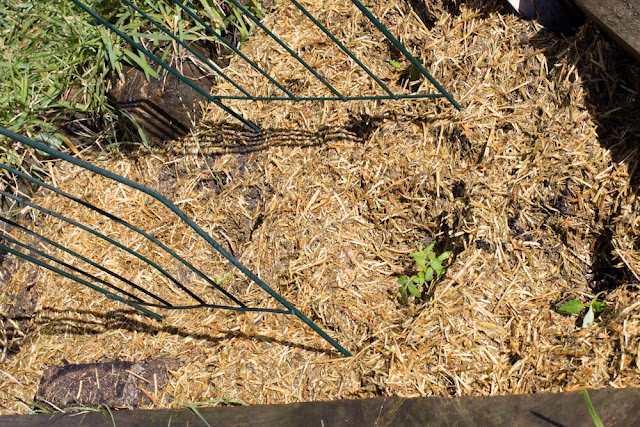 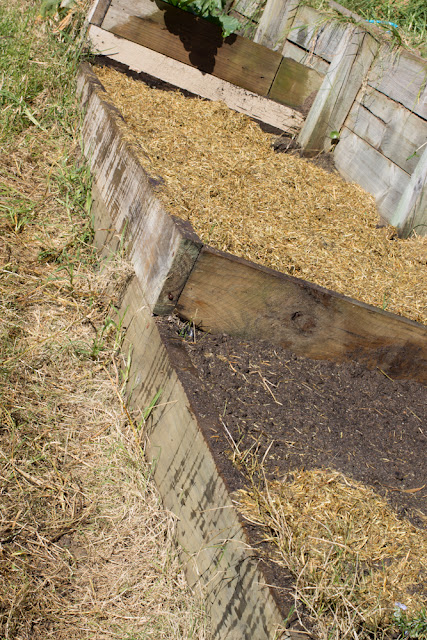 Australia Day 1988. The Bicentennial.   Sitting by the pool having a great celebratory lunch.   F111's flew overhead. Fireworks planned for later that night.  We were having a BBQ lunch in the great outdoors.   I asked the seemingly innocent question of "Who came to Australia first?".  Dad said it wasn't him.  He arrived here from England via the rest of the world in the 1940's.  Mum had no idea about her family.  She knew her mum was from Ireland, but knew nothing about her dad.  How hard could it be?  Stupidly I drew up what we knew...... one chart with about 8 names on it.  The search had begun.

Fast forward 20 years and I thought I knew enough.  I am a 7th generation born Aussie on my mums dads side.  They arrived as assisted immigrants in 1853. Hundreds of hours sifting thru births, deaths and marriage records.  Weeks lost searching thru microfilm and microfiche.  Untold trips to Sydney, Tamworth, Inverell, Maitland and Warialda.  Hours spent in cemeteries and the research even lead to me buying the licence for the family cemetery plot in Sydney that had gone unused for over 100 years.   I felt I was done.  Those initial 8 names on a piece of paper became nearly 1600 names on a laptop database.

25 years on from that first question something weird happened.  Cousin Gen contacted me on Facebook saying she was interested in family history and asked what did I know.  Gen is on my dad's side.  I admitted I knew very little.  Yes, I do have the family bible which had its first entry related too a marriage in 1853 in England, but nothing earlier than that.  I suggested we contact another cousin, Jeremy, who moved here from the UK about 25 years ago.  He surely would know more.   I said I'd ask my mum to ring Jeremy and organise a get together.

A couple of days later I spoke to my mum about my conversation with Gen and about contacting Jeremy for us.   Freakishly she told me Jeremy had just rung her wanting to know what I knew about the family history and suggesting we get together to find out what we know and where to look next.  I sent Gen a message and she was astounded at what had transpired.

So a date was set for us to all get together.  We are spread out over about 400kms up the east coast, each some 200kms away from the next.  We are all getting together next weekend.

In the interim I thought I would start looking to see what information I had and what I needed to move further backwards.  Unlike the records for New South Wales nothing seems easy with the British stuff.  To order a certificate you need an Index number.  But the Government Record Office doesn't help you find the index number. For that you need to go to a free search engine to find the index number.  Well EVERY name combination I have tried leads to precisely NOWHERE.  Even when I have the exact date and place of a marriage I simply can not find an index number.  You CAN order a certificate without an index number, but it is a long, slow, expensive process.  I have ordered ONE so far, but I don't believe it will be here for another fortnight or so, after our get together.

So I took myself to the local library one night last week.  They have a great family history unit and are open till 7 most nights during the week.  Three hours into my search I found our family.  On a census.  I found where they were living, who was in the house and the name of the brides mother.  I found a few names in her family and then what appears to be a previous marriage for my main line.  But nothing can be confirmed until I get hold of a certificate which will hopefully show who is a widow and the names of some parents.

I never wanted to follow this line.  My fascination has always been Australian History.  I always knew it would be hard, slow and expensive to follow the British line...... but I have been sucked right in.  Family History research is like heroin.  Addictive!   After just this week searching I have realised just how lucky we are in NSW.  The records here are freely searchable, easy to find and advanced search functions make finding families and cross referencing dates and places an easy task.  I can only see a struggle ahead for the Brit stuff!

I have managed to find a photo of every generation backwards in my mums lot to their arrival in Oz.   So in 2011 i tried to take nice family portrait to hang in the hall with the historical stuff.

Yeah well here's what my lot consider a great portrait.   See what I am up against!!! 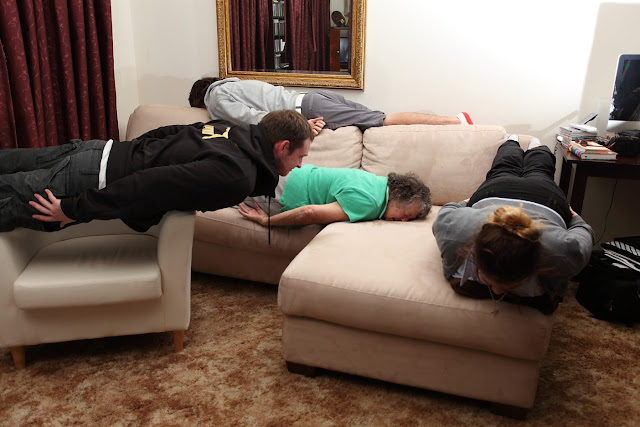