"Let them eat cake!" she said.

When challenged by Terry the Tradie to make a Christmas cake like his grandma used to make I thought I best rise to the challenge.  Initially I made a version with a bucketload of scotch.  A classic 8 inch fruit cake baked in a slow oven for about 2 hours 20.  I gave him a quarter and asked for an opinion.   He was very happy with the result.  We discussed options like more dates or less grog or different grog.  Different grog intrigued him and we decided the thick orange liqueur Cointreau would he his choice for christmas day.  I set out then to replicate the first, substituting Cointreau but found the it quickly stuck to the bottom of the boiler and needed more liquid so as not to burn.

The second Cointreau cake was a better consistency than the first and so it is the one he will receive tomorrow.

The cake is very easy to make.  Today I am making 4 smaller Whiskey versions and I thought I would blog as I go.

First up you need to soak a kilo of mixed dried fruits in half to a whole cup of grog of your choice. 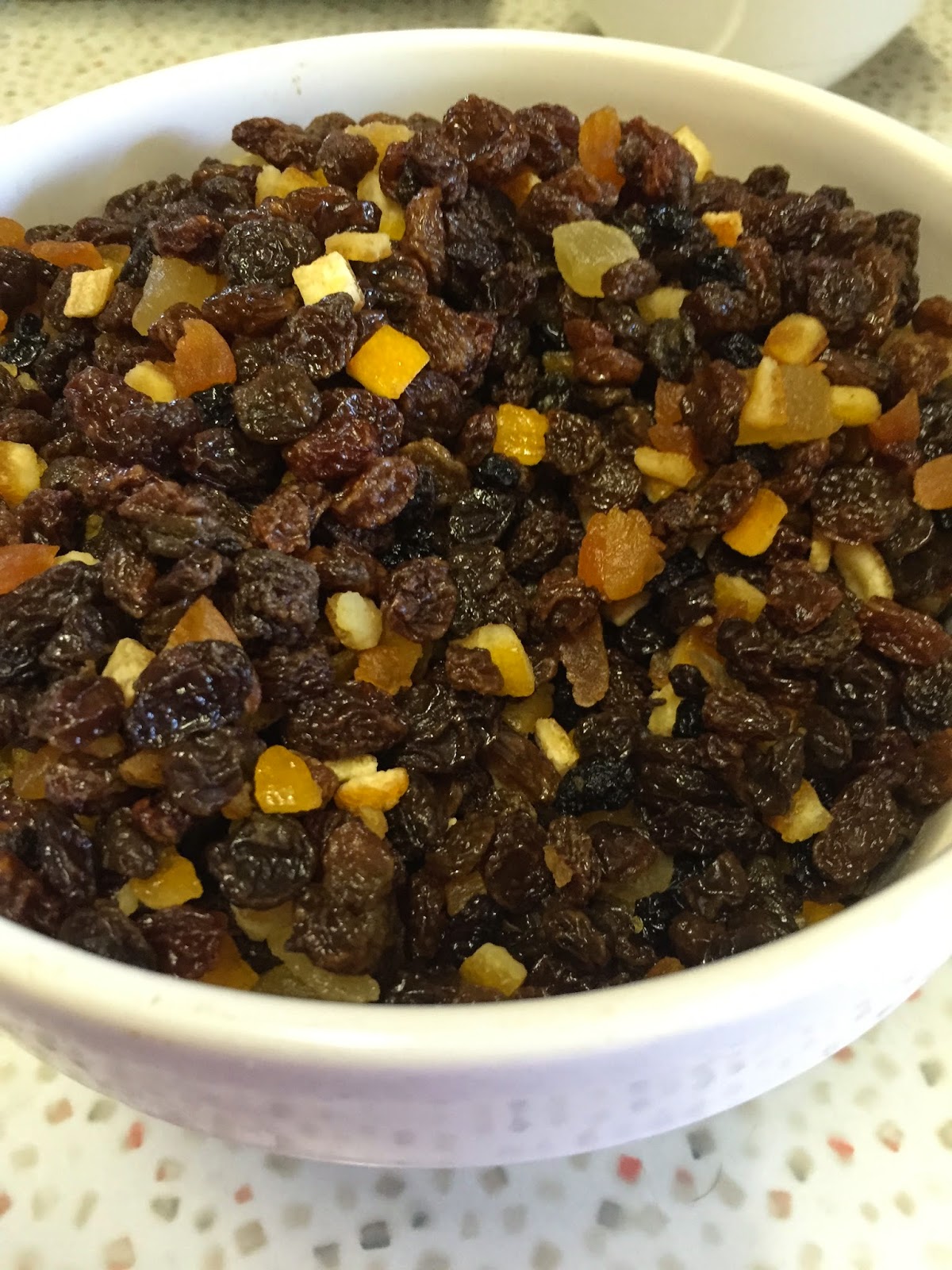 Then you need to hack 15 or so pitted dates. 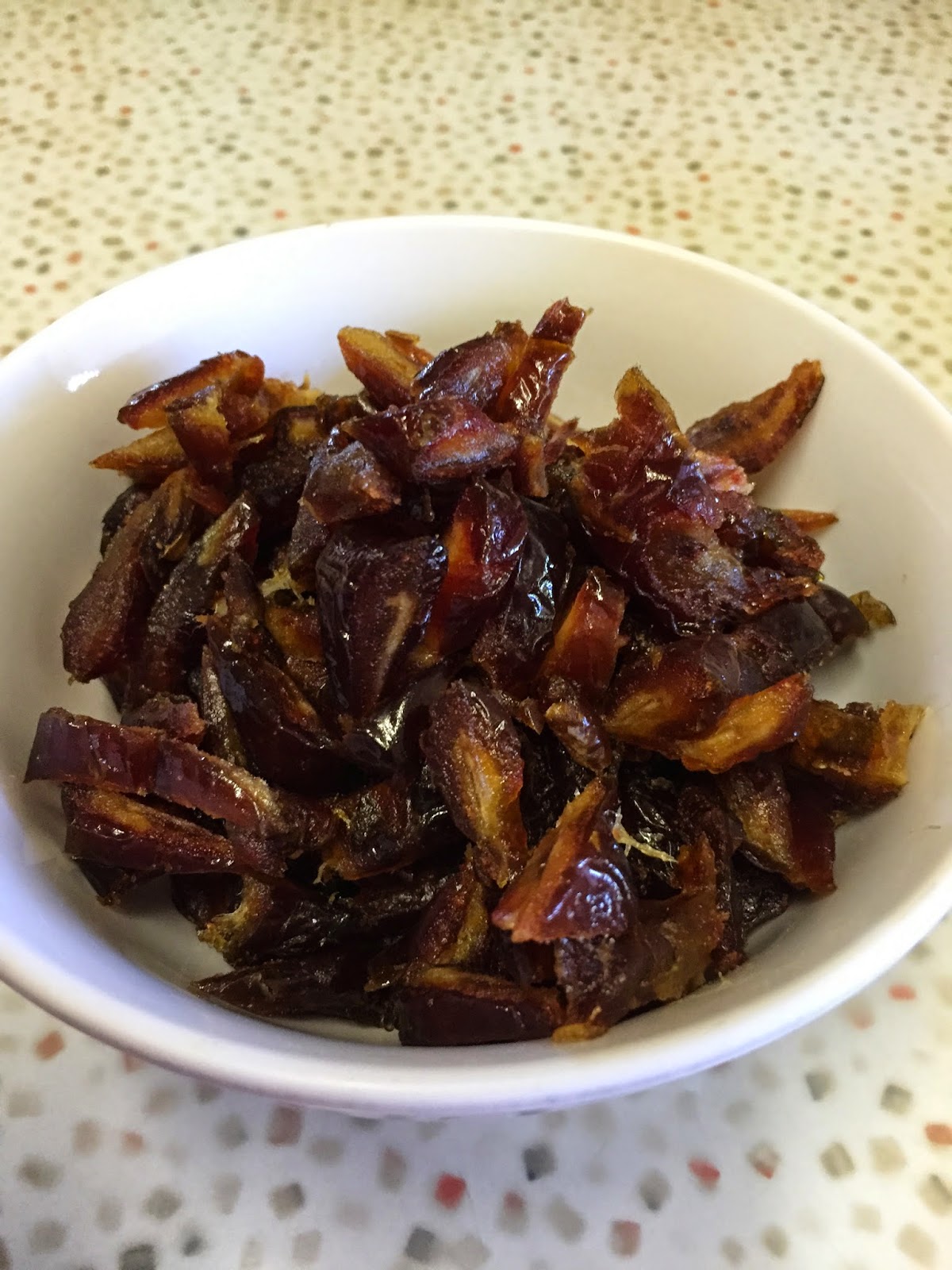 Then a about the same in glace cherries. 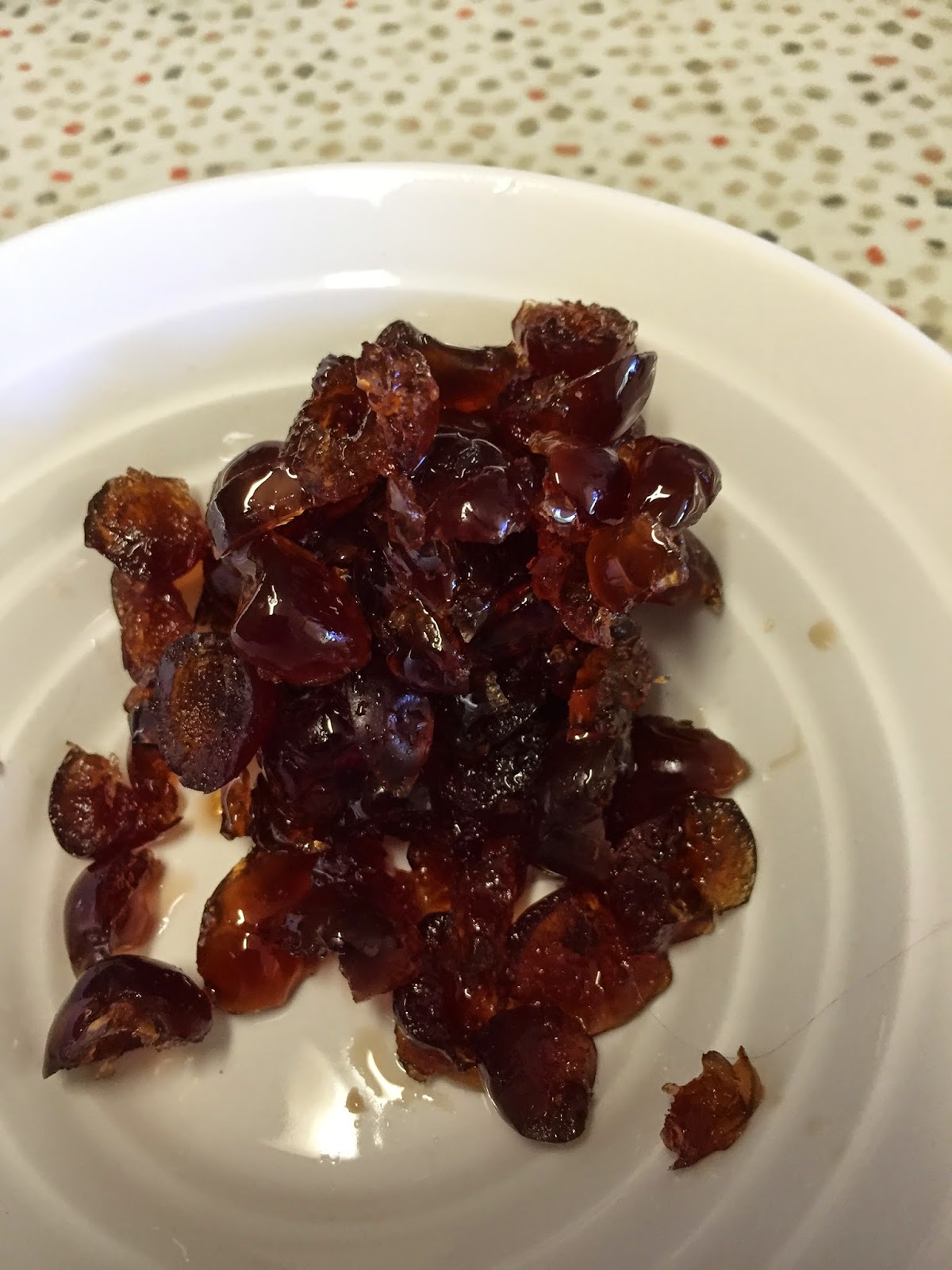 Into the boiler goes 125g of butter, a teaspoon of ground dutch cinnamon, three quarters of a cup of brown sugar and more liquid.  You need a cup of liquid in total.  It can be all grog, all water or a mix of both. 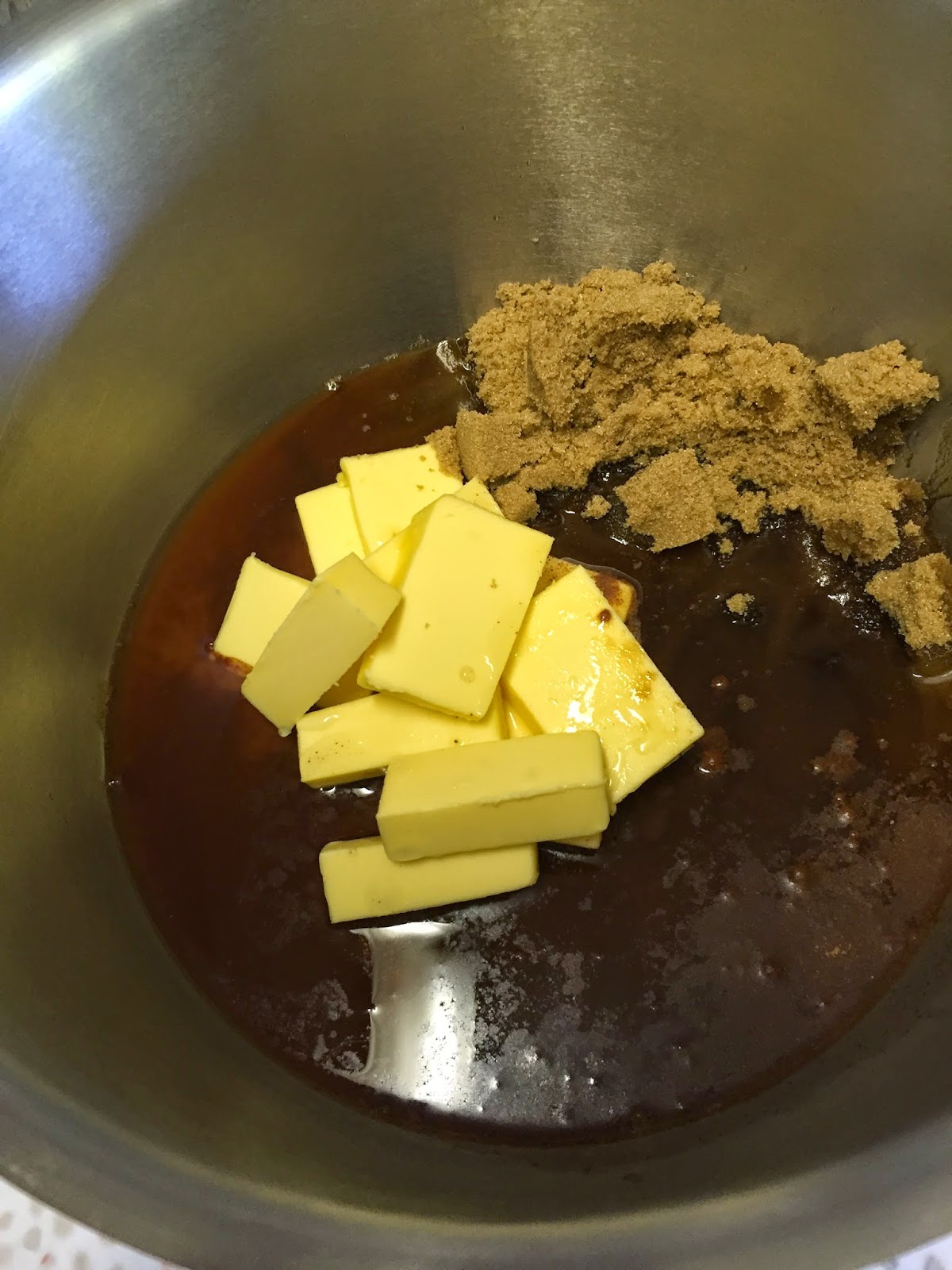 Throw the fruits in now. The groggy mixed fruit and the dates and cherries.  All in together. Onto the stove top she goes and the butter, sugar and liquid will begin to simmer.  Lots of stirring so that it doesn't catch on the bottom is required if you use all grog, or the thicker liquers like Cointreau.  It needs to simmer for 3 minutes then cool down. 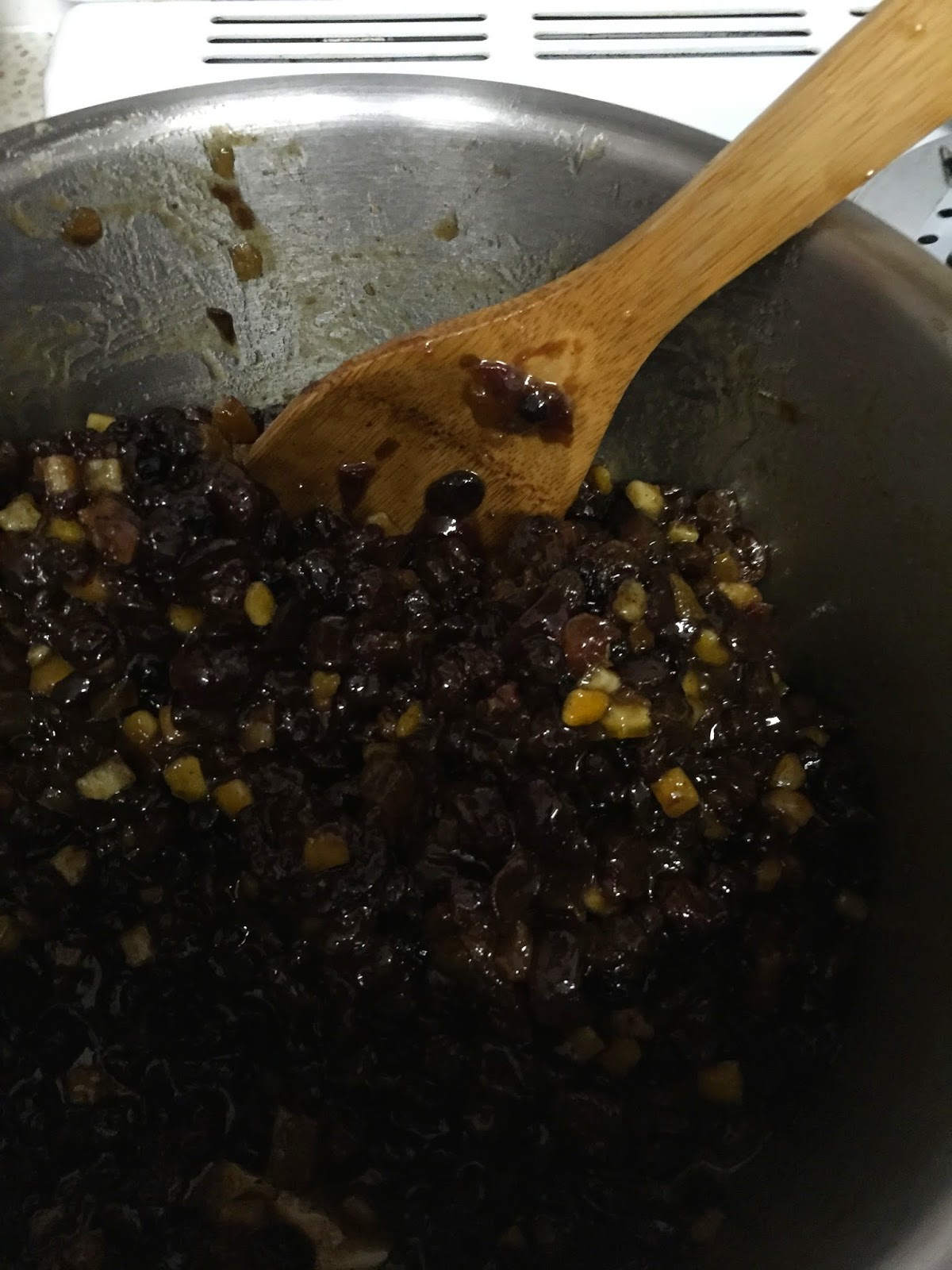 When its cool you need to beat 2 eggs and add the beaten eggs and another cup of grog to the fruit mix. 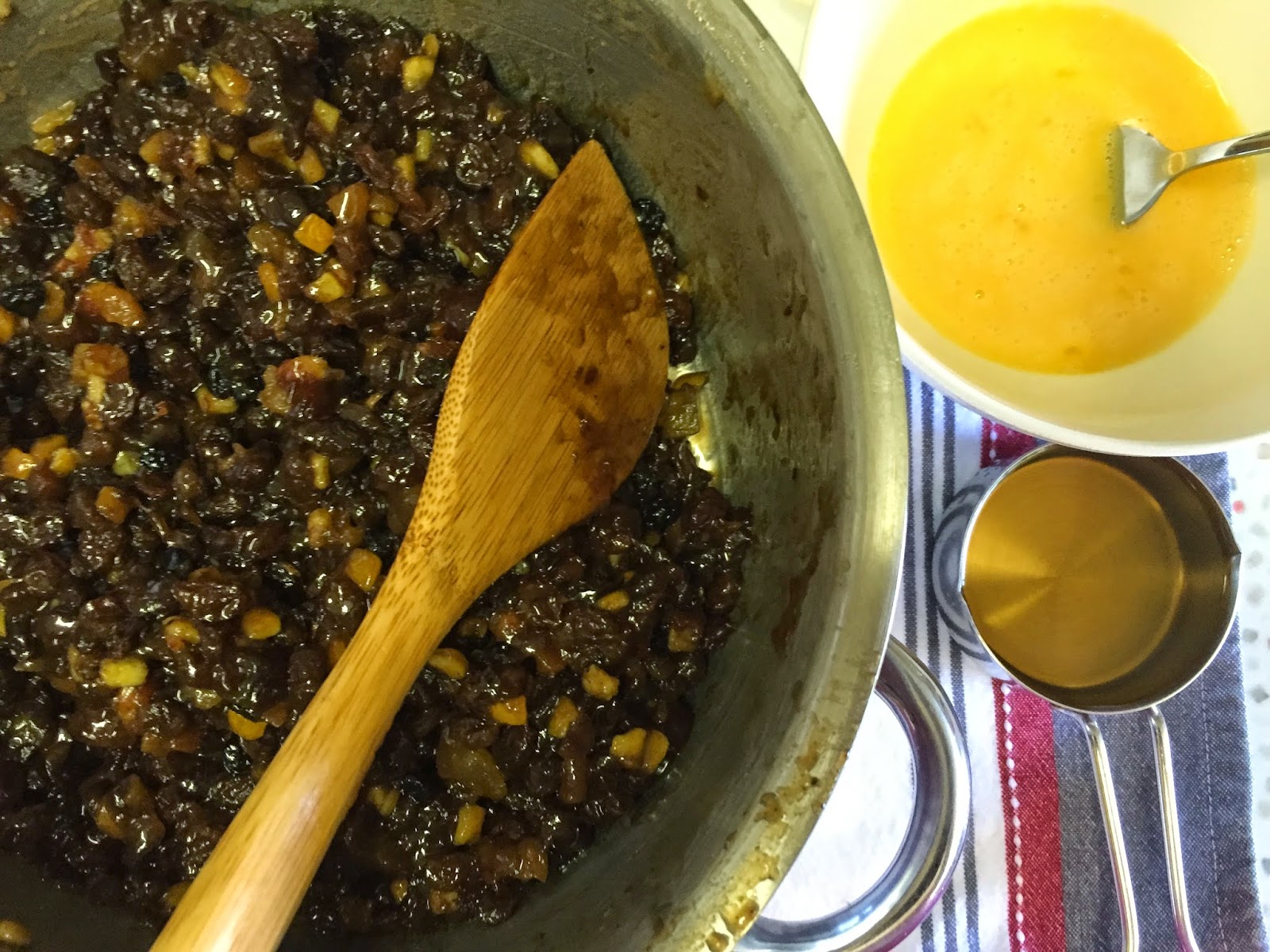 They need to all be mixed up well before you add a cup of self raising flour and a cup of plain flour, sifted of course!  Then whack it in the cake tin of you choosing.  Round,  square, whatever.  This mix suits an 8 inch tin.

If you are going to ice it (which I HATE HATE HATE) then the process ends there, otherwise you can pile up more mixed fruit or almonds and cherries or pecan nuts and jazzy up the top. 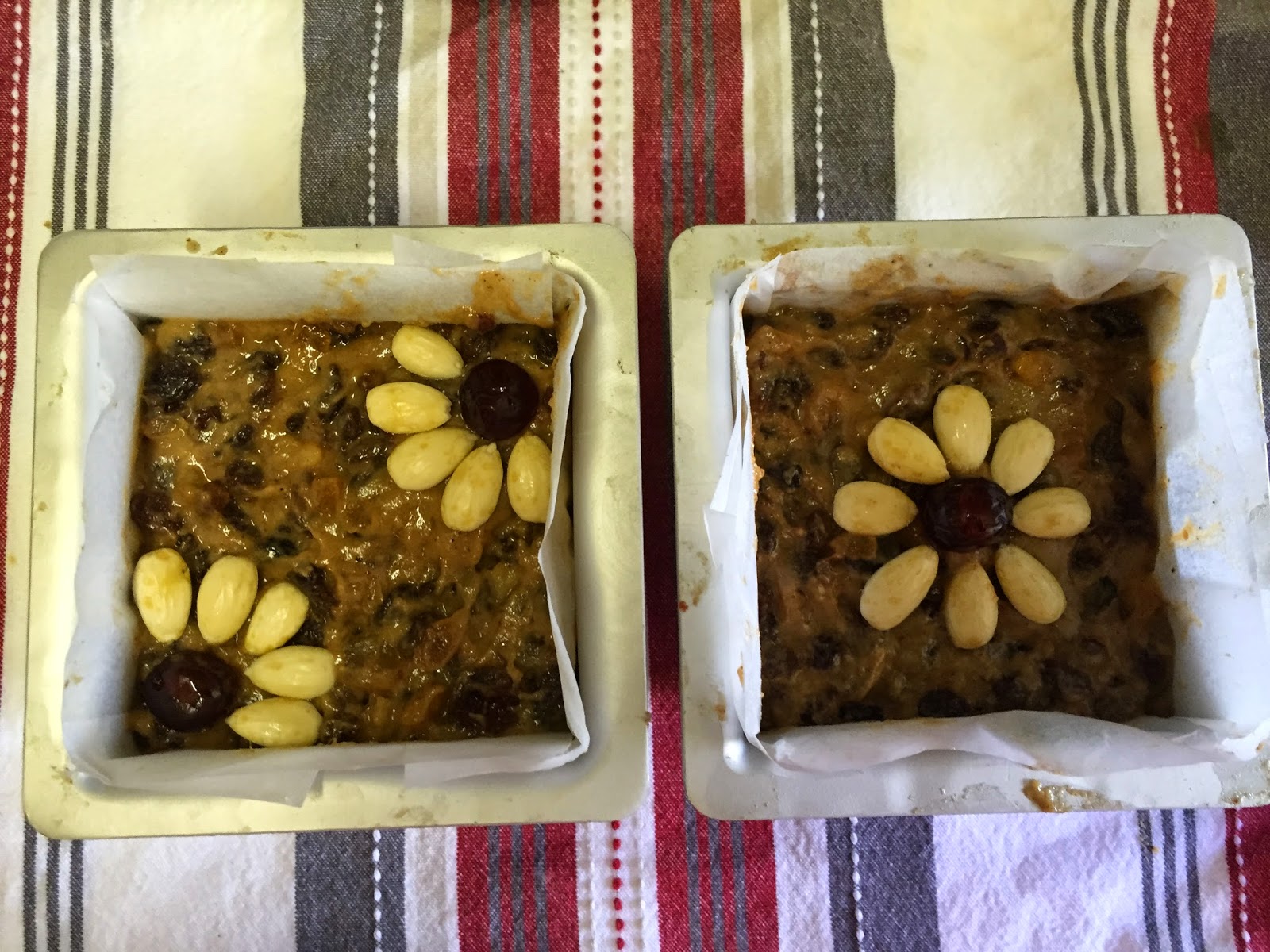 The tins need to be wrapped in 4 layers of newspaper and tied off with string, then onto a sheet of cardboard and into the oven at about 160 degrees for a smudge over 2 hours.  If the skewer comes out clean, then she's done.

Now most people skewer the top of the cake as it exits the oven and sprinkle over more grog.  Not me.  I use my insulin needles to draw up more grog and inject it directly into the cake.  (eerrr clean fresh unused needles of course) .   You can continue to feed the cake this way for a couple of weeks... depending on how high you want to blow when you get pulled over for a RBT on Christmas Day!

The end result is pretty good and Terry the Tradie agrees. 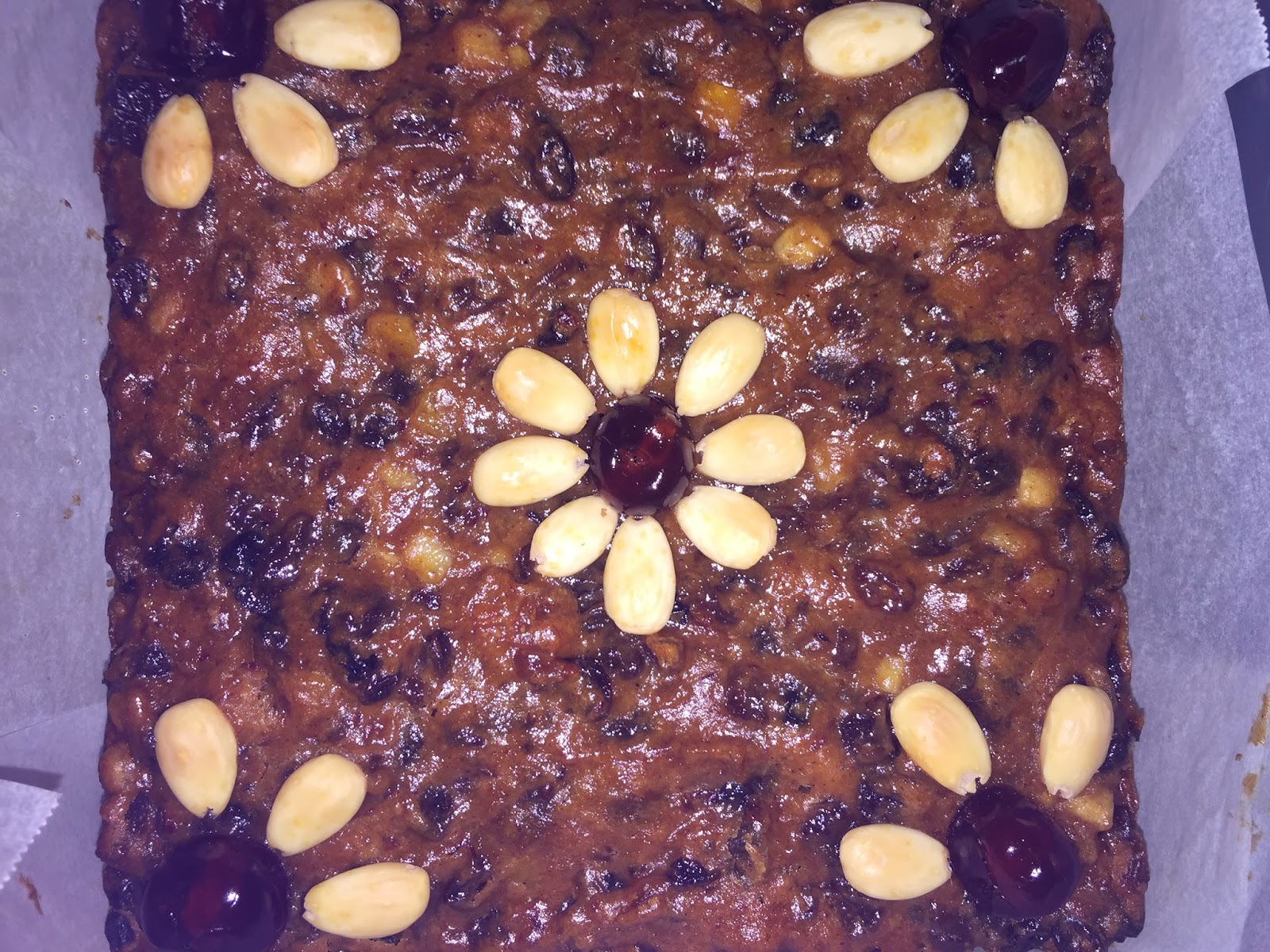 To tree or not to tree? That is the question!

To tree or not to tree might well pertain to my gardening conundrum.  I do not grow fruit and have one dwarf citrus, but trees steal the sun from my veggies and the lawn.  But I digress, I do not mean fruit trees... I mean Christmas trees!   The silly season.  Home decoration.  As  I live alone, the youngest in our family is now aged 21 and few of my friends have small children, what is the point of the setting up a christmas tree?  Christmas lunch is not at mine this year, I'm not planning any home orientated christmas drinks or parties.  So the question is,  should I bother fighting my way to through the garage to find a 7 foot fake fir tree with 900 hanging points on it AND find 900 baubles to hang on it.. or should I just not bother with a tree at all?

Last year I did hang 3 trees from the ceiling in the office, but this year I'm in the tin shed and I don't really think there is either enough space or sufficient visitors to bother with that.  Home is a different story though.  So the question is to tree or not to tree?

I do have at least 12 Christmas trees in 4 different styles and numerous sizes down in the garage. And yes, I would have at least 5 or 6 HUNDRED baubles to hang off it.  There are at least 6 different star/spiral/angel style tree toppers and tree skirts in 3 different colours!  As for colour schemes I can do a fully silver bauble tree. Or a fully gold babble tree.  Or a vibrant multi coloured tree ... but will I bother?   Should I bother?  Will the enjoyment outweigh the effort?  What benefit is there to a couple of hours hard slog setting up a tree?   I don't feel particularly christmassy.  Will a tree change that?

I already have all the gifts bought, some wrapped, but an hours should see the remained all wrapped with with bows and gift tags.  But a tree????  I'm still not feeling the joy of it! 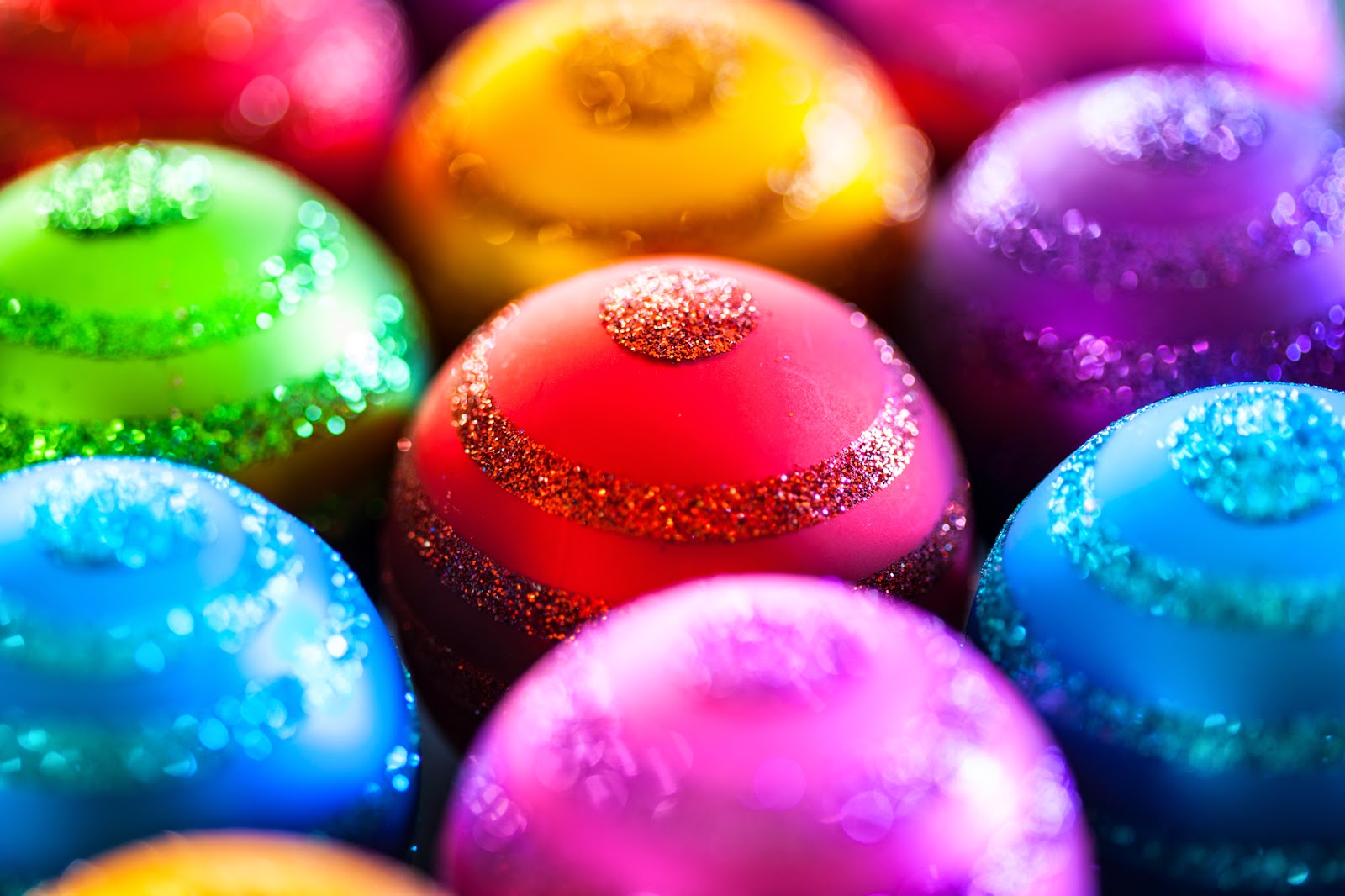 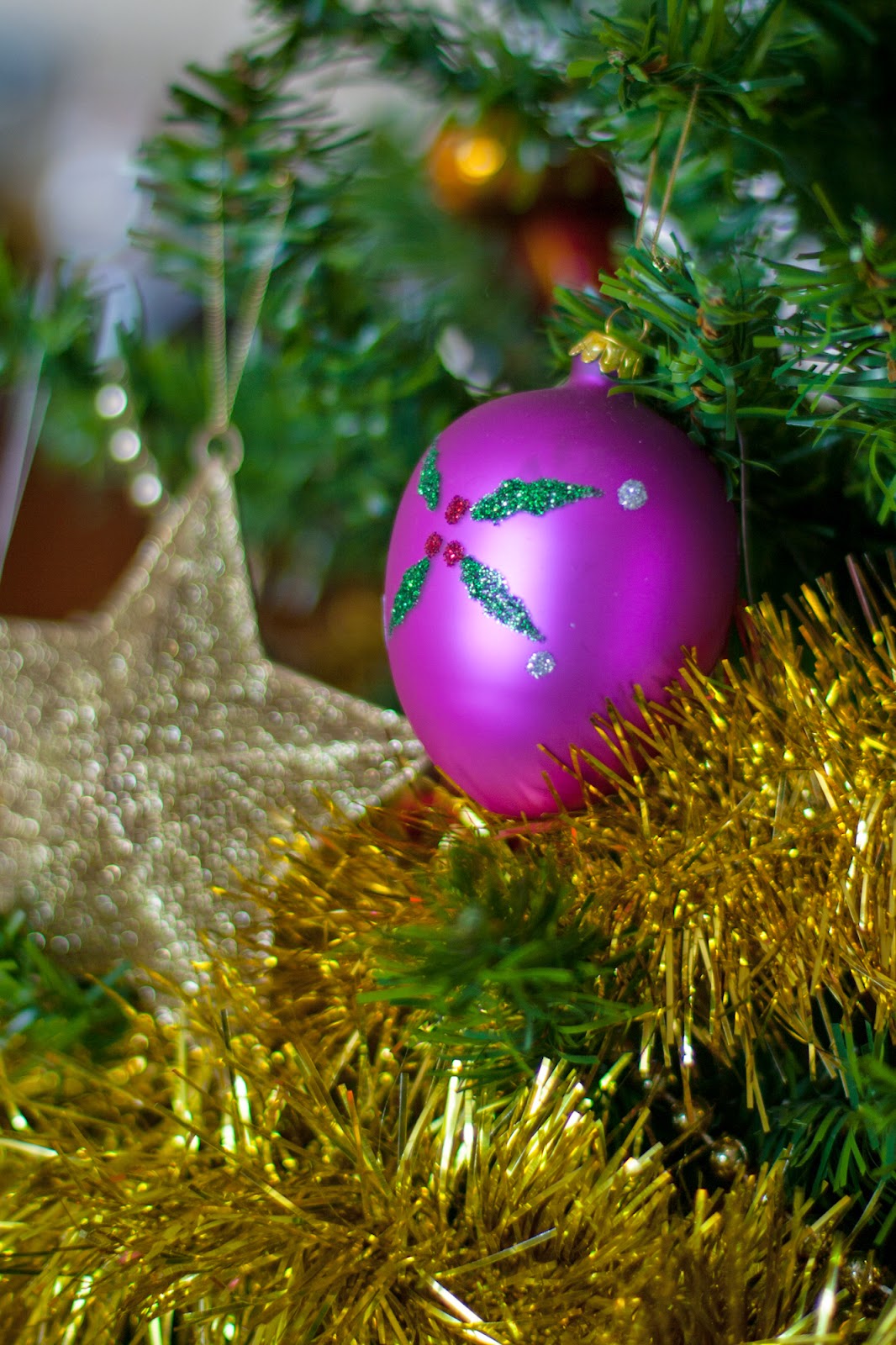 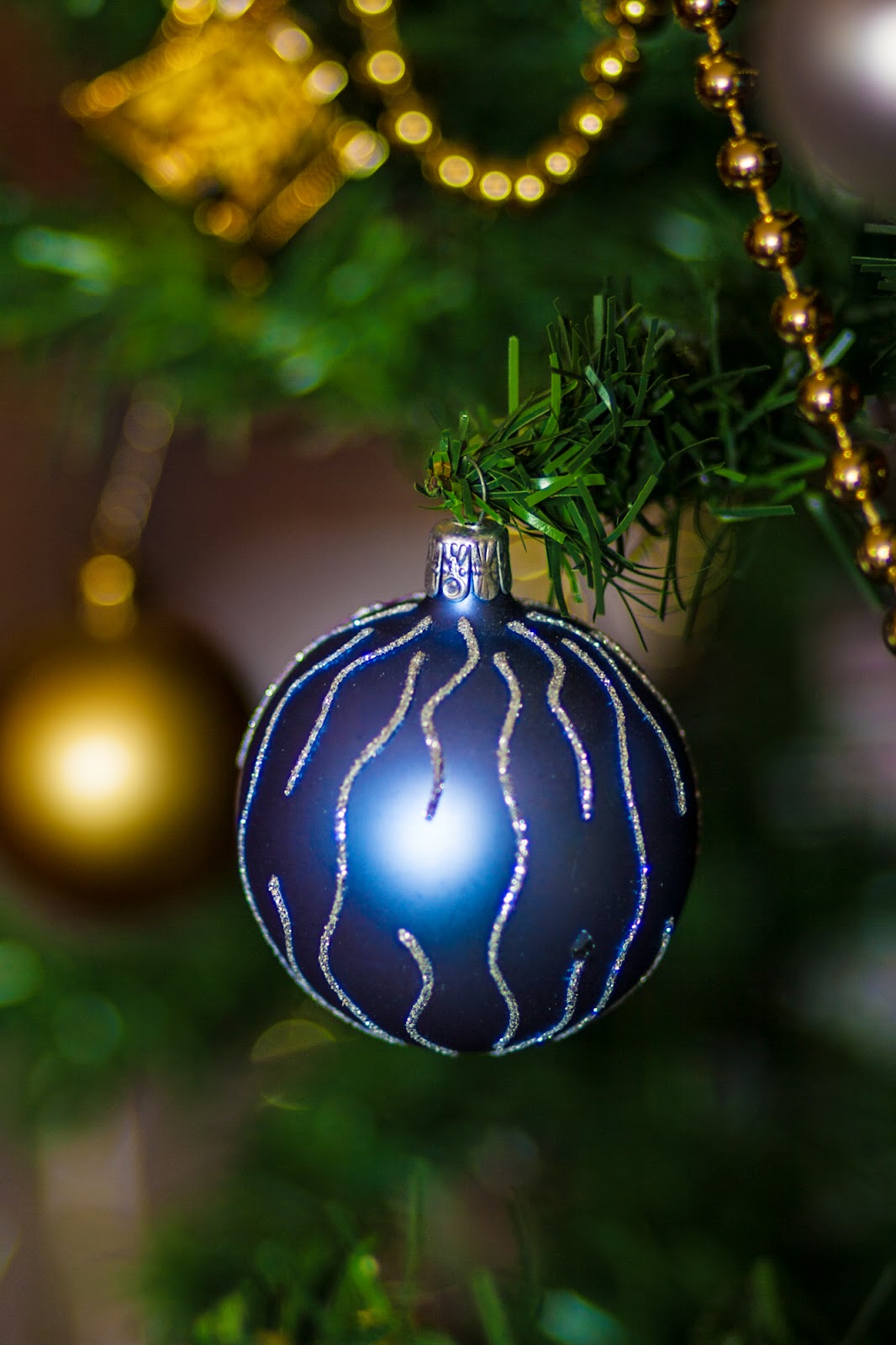 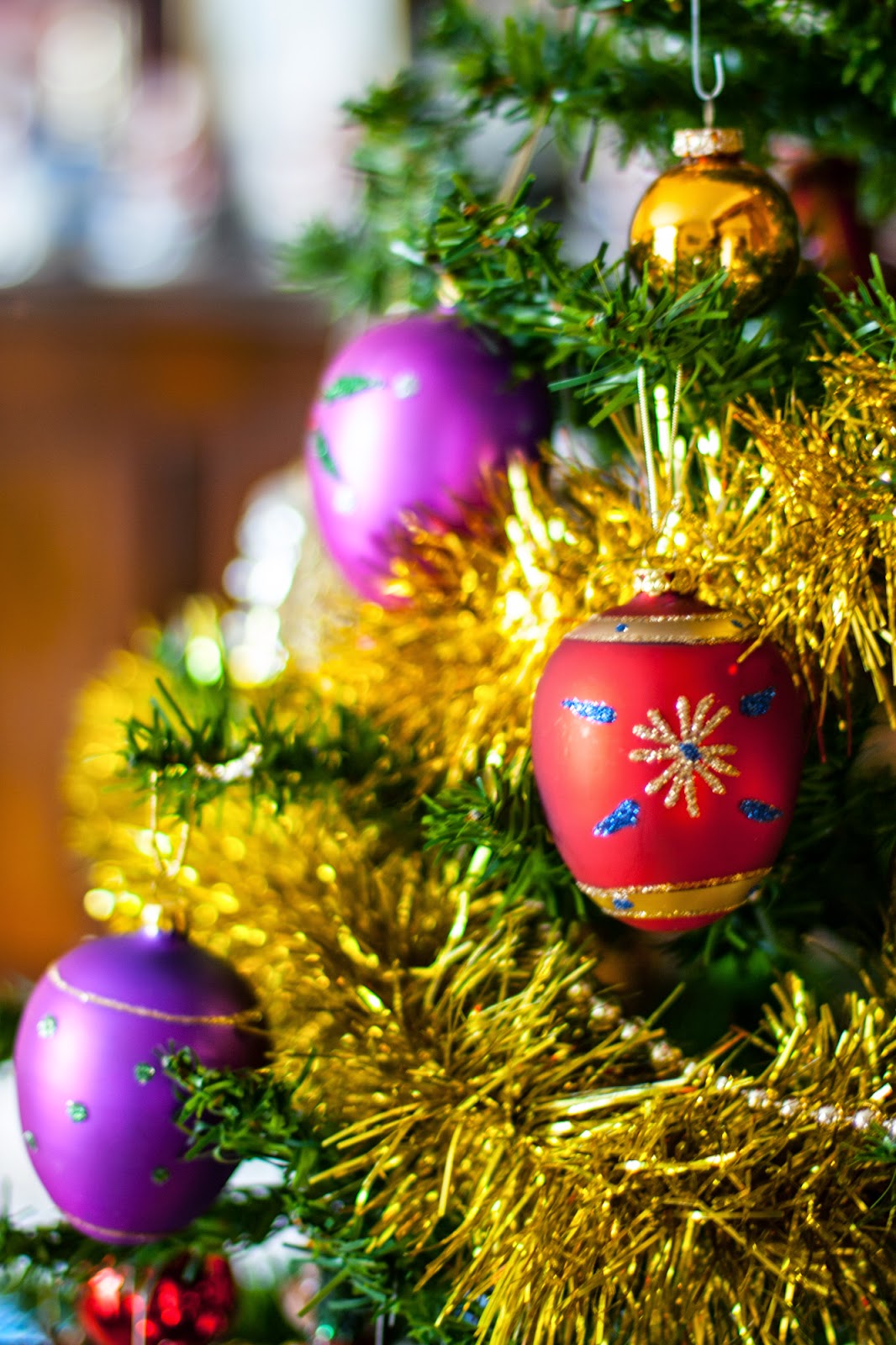