My MARLIN Cruiser 6 was collected from the manufacturer this morning and it's CHOICE!  The wonderful Josh Stunell borrowed a car with tow bar and picked me up about 9.30.  We hit Erina at 10.45 ish and by 11.30 were registered, insured, hooked up and on the road.  By 12.30 she was home, unhitched and locked up in my carport!

I bought this little diamond after seeing her blue coloured sister opened and closed at the February Newcastle Camping and Caravanning Show.  The ease of set up is what sold me on her and today when Josh saw her opened and set up for the first time he was pretty impressed too!   I elected for an August delivery cos there was NO WAY i was going ANYWHERE under canvas thru winter!  So as spring springs into action next week it was time to collect her.

We arrived at Erina,  parked and walked around to the workshop.  I saw this sexy looking sleek black camper trailer waiting for collection and I hoped she was mine.  She was and she looked fantastic!  Thick black 16 inch wheels and spare, lots of checkerplate and shiny chrome stabiliser leg, handles and jockey wheel.   These awesome units are made by Steve and Chris and are made to suit your specifications.  I wanted a side hinge and extended drawbar and a stand up spare wheel thingy and Steve built her exactly as I wanted.

There was some paperwork to attend to, registration and the like. We opened her up, shut her back down and took some photos.  A not too tedious phone call to the insurance company saw us ready to roll. We hit the road and headed off on her maiden voyage!

I can't thank Josh, Steve and Chris enough.  And thanks too must go to the little old man who dragged me into the Cruiser 6 at that February show and pushed me to open and close it myself.  I have no idea who he was but I bought it because it is so easy for me to set up and pull down on my own.  I am so excited by my acquisition.  Now I just need a car to tow it! 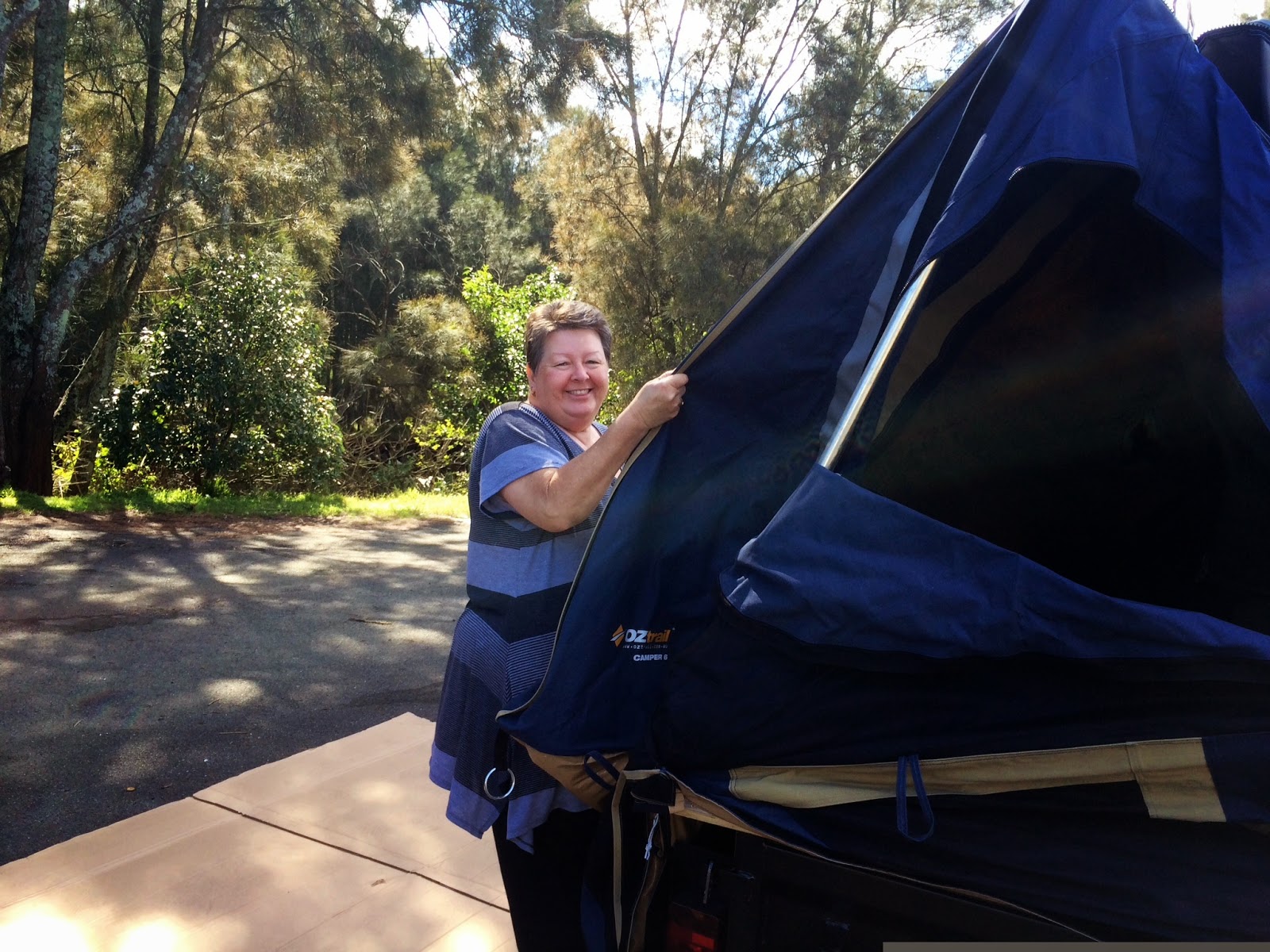 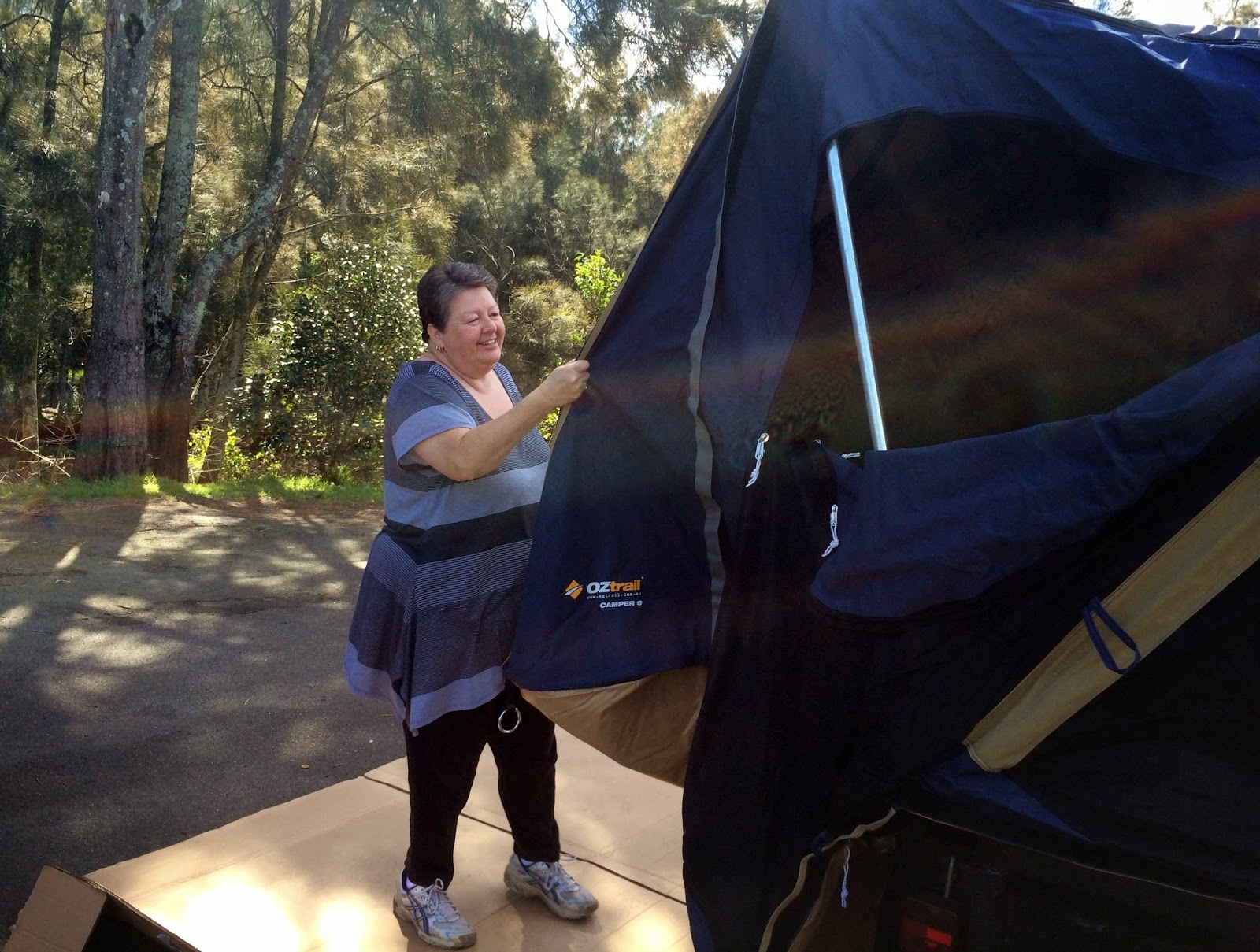 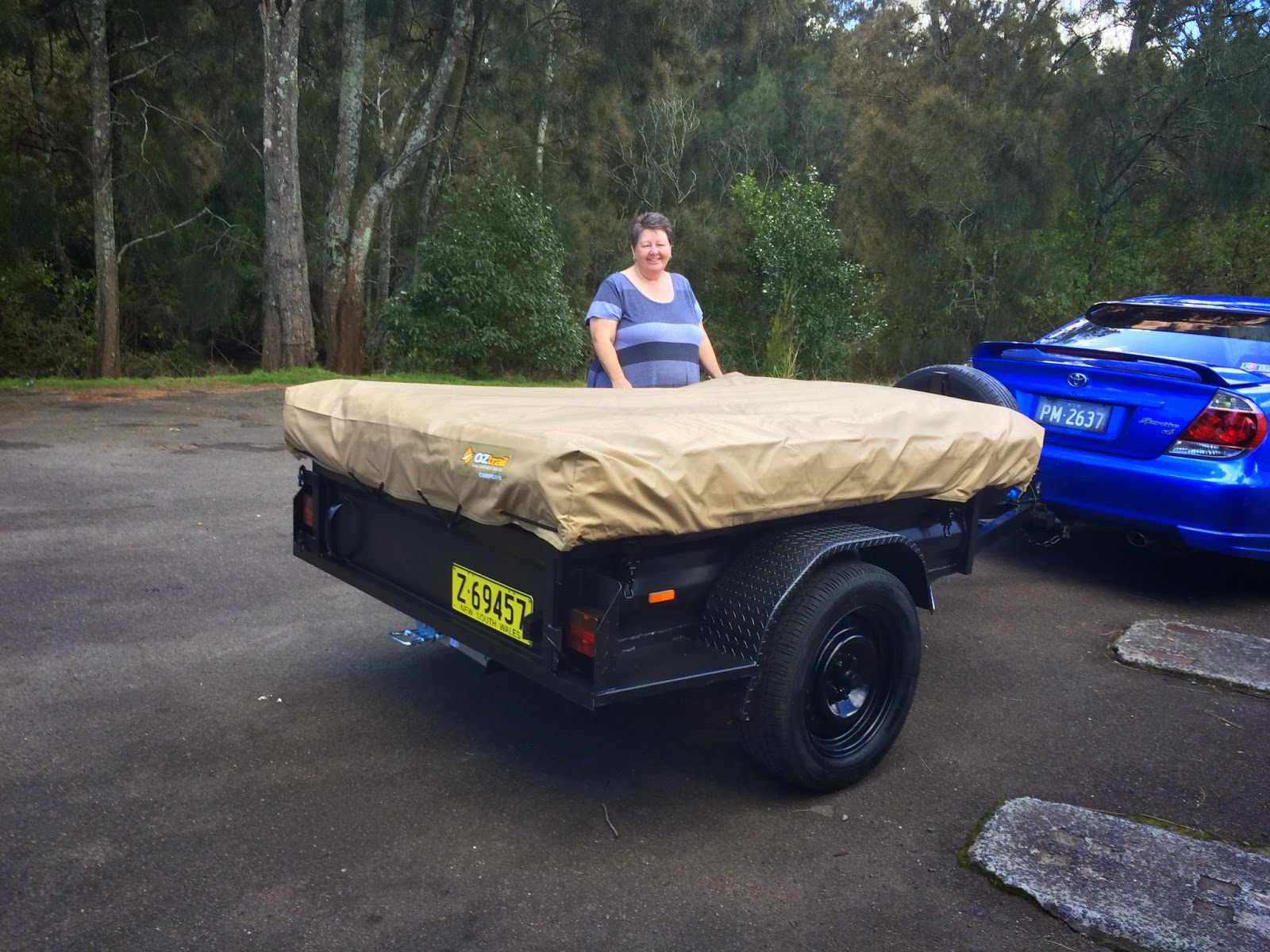 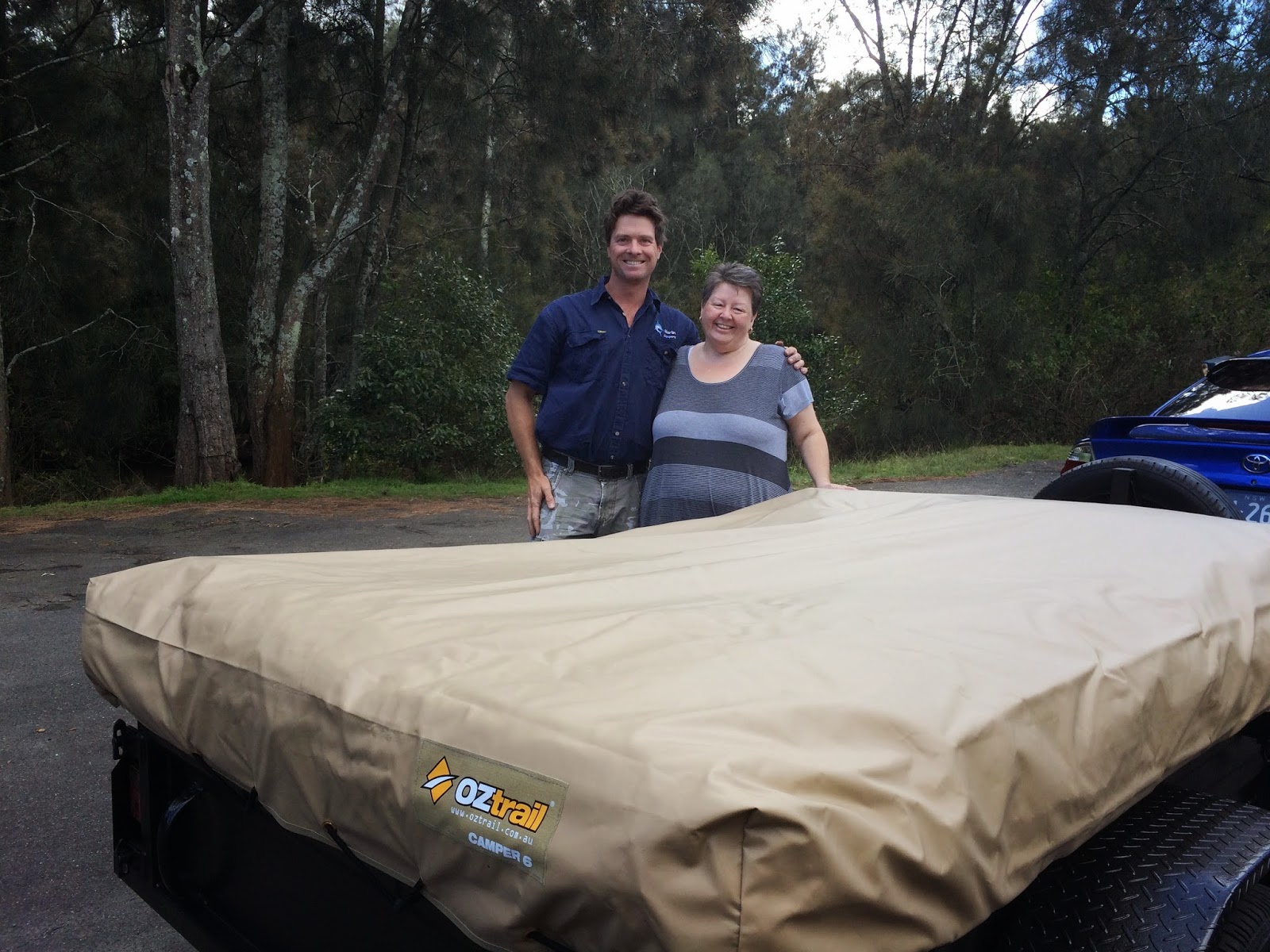 All photos in this blog are by the totally awesome Josh Stunell.
Posted by Nammo at 10:30 PM No comments: