For the last 69 weeks I have been working from a 6 metre x 2.4 metre tin shed hidden away at the back of Belmont Court House whilst the 3 old buildings that constituted the Police Station were demolished.  Essentially is has been a work site where access was thru a tunnel built of scaffolding and marine ply.  It was hot is summer, cold in winter but it housed all I needed to do my job while the rest of the workforce were crammed into other Police Stations in the area.  You can fit a lot into a 6 x 2.4 shed!  3 desks, 3 computers, a printer/photocopier/fax, second printer, coffee machine, water cooler and a small, but perfectly functional LOUNGE!  At best I worked alone but on one single day we had 12 people in the shed at once. The most we ever had for a meal was 7.  I loved the shed as it housed exactly all I needed and had no room for "stuff" to grow.

The new police station is now complete. I call it the BIG tin shed.  It is fairly grand, but not exactly what we need space wise.  3 staff now share two workstations and two computers.... but it is early days and these things may change and evolve in time.

When the work first began on the new tin shed I mentioned to the Commander that it would be good to put a time capsule into the building. The old Police Station was built in 1964 and for more than half of its 50 years it was too small for its staff.  The Station prior to this one was on a  different site, up near the Fire Station opposite the Gunya Hotel and it had been in Belmont since the late 1800's.  So there was a lot of history that could be contained in a time capsule.  The Commander was enthusiastic and nominated a particular Inspector who could be in charge of a time capsule... and that's when I knew nothing would ever happen.   I waited to see if the idea ever surfaced again, but it didn't.   Demolition of the old station was complete, 11meters below street level dug out and huge concrete piles in situ I decided I wanted to have a little bit of me in the new building, after all I had worked in the one location since 1992!

Different ideas and thoughts came to me as to how to celebrate time but in the end I decided it was all going to be about me!  This new building is likely to survive 300 years so photos wouldn't last, a CD, DVD or USB would probably be unknown to someone in the year 2315.  Construction progressed quickly once the build was out of the ground and I needed to make the move or miss the opportunity forever.  So one sunday afternoon I went to the local shopping centre and had a small brass plaque engraved with my name, date of birth and work identity number.   I felt that was enough.  It didn't need flash or showy, just a memorial of sorts.

Back to the work site monday and I told 2 of the best tradies EVER about my idea.  We looked at the plans, worked out exactly where my new office would be and decided on a great little hiding spot.  I handed over the plaque and the rest was up to them.   Sometime later my phone beeped with a message.  Attached was a photo of the plaque in place!   Liquid nails oozing from behind it, perfect.   A couple of days later my phone beeped again.  One of these two fantastic blokes has tidied up the plaque.  Removed the excess liquid nails and polished her up a beauty!   It was to by gyprocked over sometime later that week.  Objective achieved!

The gyprocking took longer than expected and one day the Commander was doing a tour.  I had to fess up to one of the building managers about the plaque, but he too was a great guy and managed to steer the inspection team away from it!   Finally it was covered over and I could rest easy.  I didnt think anyone would kick up a stink over it.  I just didnt want to get my tradies into trouble!

I've had to take some leave and so I won't be sitting at my desk for some time, but I did go in yesterday to see my new office.  While I was there one of the tradies came in and said "oh.. this is our wall"  I had a giggle and was so happy that the plan had come together.

If the building is demolished n 300 years time it is most likely that the plaque will not  be found, but that is irrelevant.  That fact is it is in there now for the duration and just me and 2 fabulous tradies  know exactly where!

As usual we end with some pics.  There are some tradies and some "progress" shots!  I hope you enjoy!!! 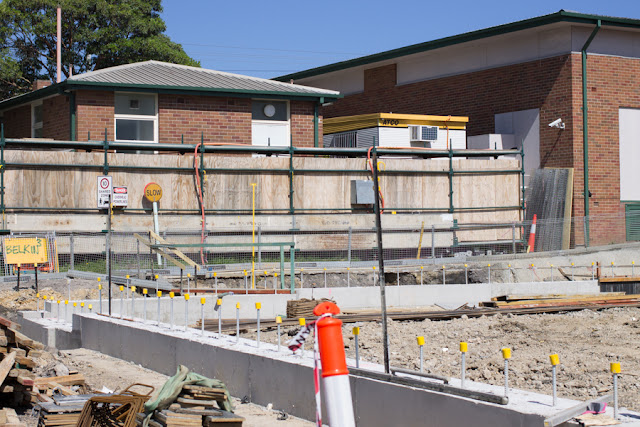 The 6 x 2.4m ATCO shed in situ with the scaf and marine ply entry 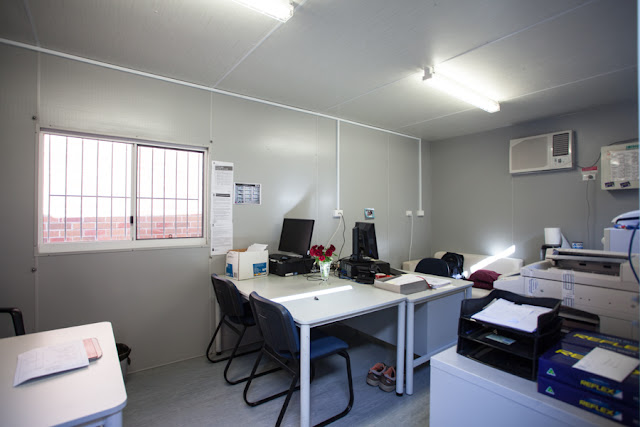 Inside the tin shed 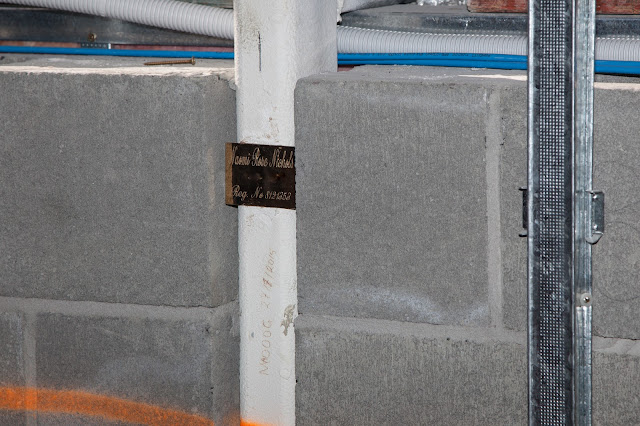 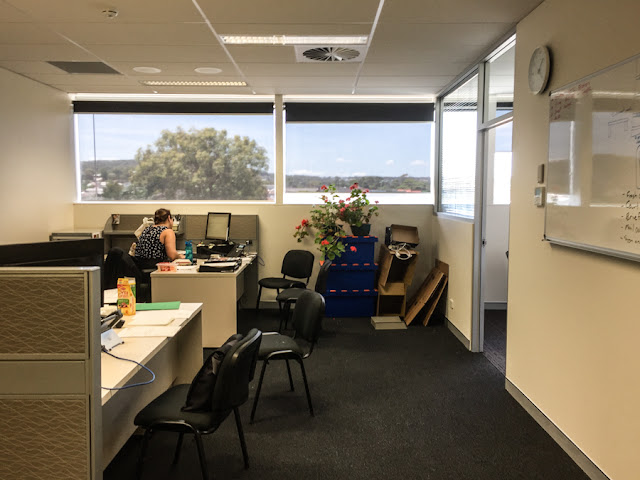 Inside the BIG tin shed ... there may well be a plaque hidden away in here somewhere......

Protecting the anonymity of my partners in crime!