It took me some time to get it happening, but finally the studio is up and running.   There are three shooting areas.  One for natural light, one for table top and still life work and a full length section.  No cyclorama.... the space isn't big enough for that, but there is a full kitchen for food prep, a models change room with one whole wall of props and another of clothing and a small but functional bathroom.  There are a few more things I would like to do to make it perfect..... but it is pretty damn good as is.    I would consider swapping out the tripod backdrop stands for ceiling mounted and rehoming a couple of large pieces of furniture to allow for more diverse lighting placement.

I currently shoot with 4 Canon Speedlights and have all manner of modifiers from Honl gels to big arse soft boxes.   I use Pocketwizards (TT1 and TT5) to trigger and they all perform seamlessly and wirelessly... but still I would like a nice pair of Elinchrom BRX 500's.  Well a pair isn't enough, I'd need 3.  The downside to that purchase, and the only thing holding me back, is cords.  Power cables. They will be nothing but trouble for me in the studio.  There is a terrible story from way back in 2009. About getting tangled at an outdoor shoot and only the swift response of a naked model capturing my brand new 5D2 from certain death as the cable twisted around my leg dragged it off a plinth onto rocks below.  But lets not go there.  It still sends shivers!!  Hence my aversion to cables.  Many years have passed, but I'm still scarred by that near tragedy!

I know Godox AD400's or the new 600's are an alternative to the BRX500's, but I really have an Elinchrom mindset.  I have only used them twice, but the build quality impressed me to the somewhat obsessional stage.   The one thing they have over what already exists for me is.... a modelling light.  Shooting tethered is a reasonable alternative, but.... it's still not Elinchrom.  I tether to a MacBook Pro and I do use a Tether tool I picked up from Kayell in Sydney recently.  The Tether tool gives me some security when I feel clumsy around cords (hence my one and only Elinchrom issue).

So far the Speedlights have not left me wanting.   I have to say output control via the PW's and portability are totally winning points.  I can't fault the gear I have..... but the desire for the big E is strong.  Maybe it's just the choice noise they make when the fire and recharge!

So below are few pics I took last Sunday.

Paper backdrop,  mostly softboxes and one attempt at Clamshell..... we did venture outdoors at the very death, but it was still too early in the afternoon to really achieve my desired outcomes.

The subject, Miss A, was a real trooper.  She gave me "sinister" when I need it!  She sat well, followed instructions and looked dead set stunning in the vintage gown...that I 'nearly' didn't buy!! She was recommended to me by a friend as a potential sitter and was accompanied by family. I'm so lucky to have met her and hope to shoot her again one day.

I was ably assisted with lighting by the aforementioned naked model as she is an accomplished photographer in her own right and for some reason volunteered to be my VAL for the day.  I very much enjoy her friendship. Shooting with her is a real joy.

So below are just five of the images of the day.  There were quite a few more and all required minimal editing, primarily cropping out a tiny sliver of softbox!

The studio in the making was knows as Duna Studios.  Duna - Doona "well keep you covered", but we do need a new name.   So far StudioNao is atop the list.  If anything grabs you, send a message and I'll add it to the short list! 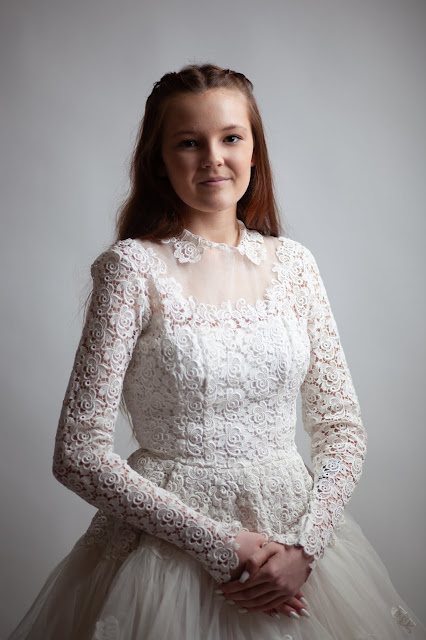 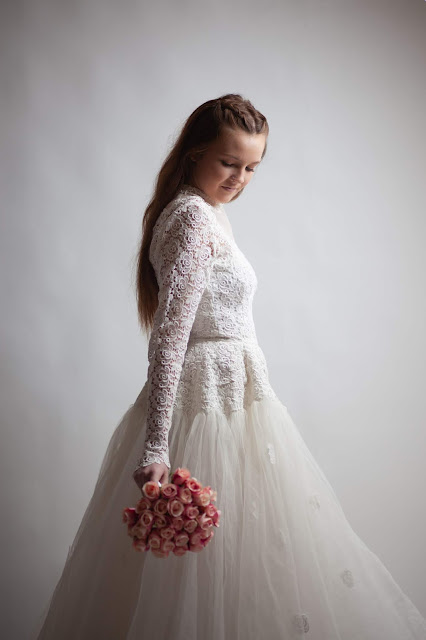 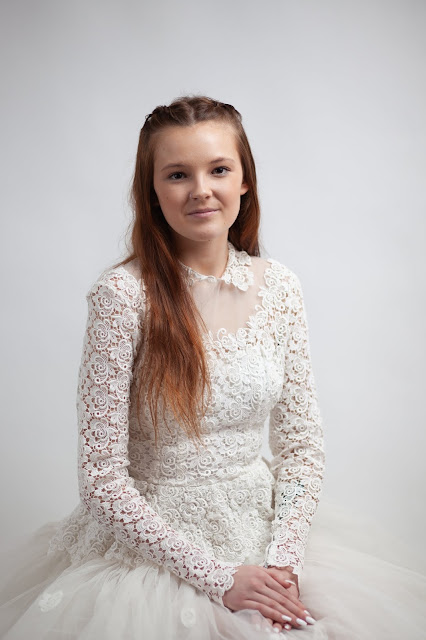 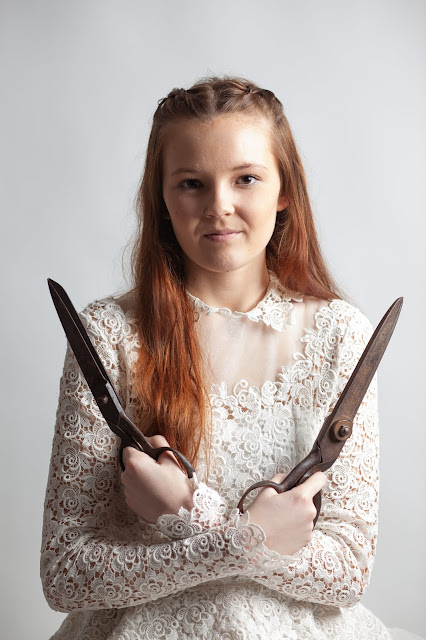 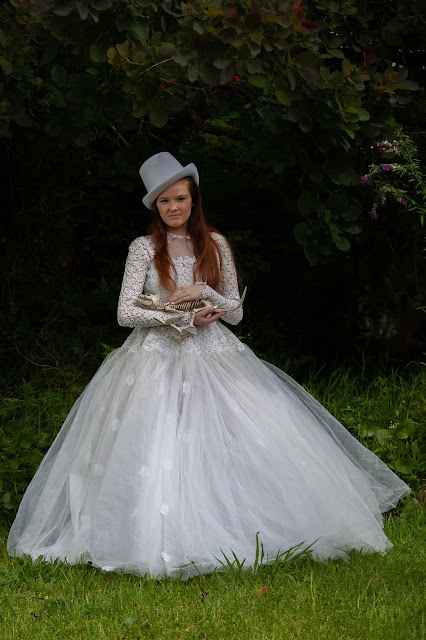