The internet is an amazing thing.  The popularity of this blog surprises me.  The amount to views is beyond belief for what is essentially a blog about my dance with cancer and my veggie patch.  Knowing this I thought a picture I put in a comment about the awesome Hunter Valley Santa Claus might garner about 50 views.  I was very very VERY wrong!  It went viral.  And the flow on effect was even more amazing.

As you may be aware my mum, Violet, has been diagnosed with Pancreatic Cancer.  The bevy of oncologists can't offer her any hope and she is deemed terminal.  The oncologists have offered themselves available for advice and information, but have passed mum's care over to the Westlakes Palliative Care team.  Knowing this mum is not happy with her lot and as a result is doing it tough.

Unrelated my sister Nola sent me a link to a photo of a Santa with an amazing set up.  That got me thinking that it might jolly Violet up to have a photo with Santa.  She has always loved Christmas.  So I found The Hunter Valley Santa on Facebook and I made contact with them asking if they were able to accommodate an 86 year old in a wheelchair.  They replied to my enquiry saying they would love to.  A few days later I went to the venue, "Sinclairs" on Hillsborough Road, Warners Bay, here in Lake Macquarie.   I needed to check wheelchair access.  Mrs Claus was brilliant.  Santa was busy with kids, but Mrs Claus showed me side access easy for a wheelchair and we confirmed a time and date.    A few days later Violet frocked up and off we went to meet Santa.

Santa and Mrs Claus asked the crowd in front of us if we could pop in straight away and from what I could see no-one there minded, even though they had already waited some time.  Santa is VERY popular out there!     So mum was wheeled in and Santa helped her out of her chair.  She sat on his knee, then on his throne and as he was about to help her back to her chair I asked if Santa could dance.  He could, so they danced just a few steps and we helped her back into her chair.    We weren't there long, but Violet was very very happy at what had just occurred.  We collected out images and USB and headed home.  She was very excited.    I used those images to create her Christmas Cards and had them printed by Redbubble.  One larger print was framed and took up residence on the china cabinet.  That's were I thought it would end.

So a few weeks later a woman I do not know posted a pic of Santa and her son Levi, taken at "Sinclairs".   I commented on her photo that Santa and Mrs Claus bent over backwards to help Violet get her first ever photo with Santa.   I added a small copy of the image in my comment.

Violet's photo and comment on this lovely photo of Santa and "Levi" was then picked up by the television show "Today" and they created a new thread or page or whatever you call it with Violet's photo and the story.   I didn't know anything about it until about 10 hours later when Josh rang me and  told me to go have a look and that 6000 people had "liked" it on Facebook.   While he was on the phone the "likes", "shares" and "comments" continued to grow.  He kept calling new figures thru the phone to me.  By morning about 12,000 people had "liked" her photo dancing with Santa.

Now Violet doesn't really understand how the internet works and isn't on Facebook, but she understood what I said when I told her 12,000 people had clicked a button to say they liked the photo of her dancing with Santa.  By the following morning over 21,000 people had "liked" the photo, over 800 had "shared" it on their own page and over 400 people commented on the shot.    I showed her the Today story on the iPad and she sat and read every single comment.  She recognised just 3 names  and spent the remainder of the day smiling and joyous.

The following day Santa contacted me on Facebook.  We had tried to organise a family photo with mum, myself, my sister and all three adult grandkids, but two of the kids were working and one was off in Sydney, so it couldn't happen.  It was a very kind offer though.   Just another indication of how awesome Santa and Mrs Claus were.   Sometime later Santa told me that the local television station, NBN, had contacted Mrs Claus hoping to interview Violet and do a story about her visit with Santa.   As Santa and Mrs Claus had been so wonderful to us I offered to get Violet back to "Sinclairs" so NBN could do their story.  And so it happened.   Violet was as excited as a kitten to be interviewed by the lovely Emma Murphy.  She was going to be on the news!!

NBN played to story on Christmas Eve and put it on their website too.  She tells everyone who comes to the house.  Shows them the clip on the computer and we watched it a couple of times on christmas day with all the grandkids here.

So one simple comment about how wonderful Santa and Mrs Claus are had made Violet go viral and she loves it! 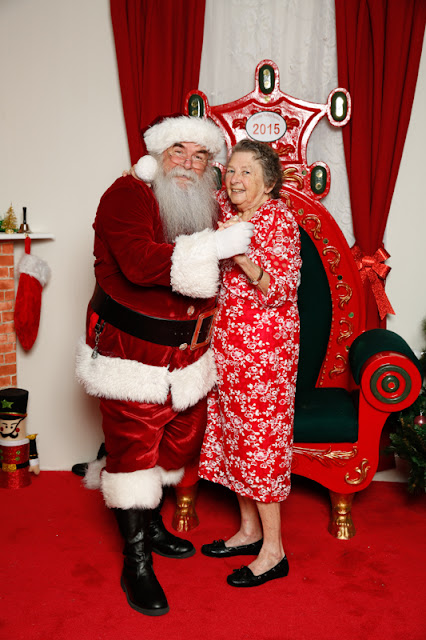 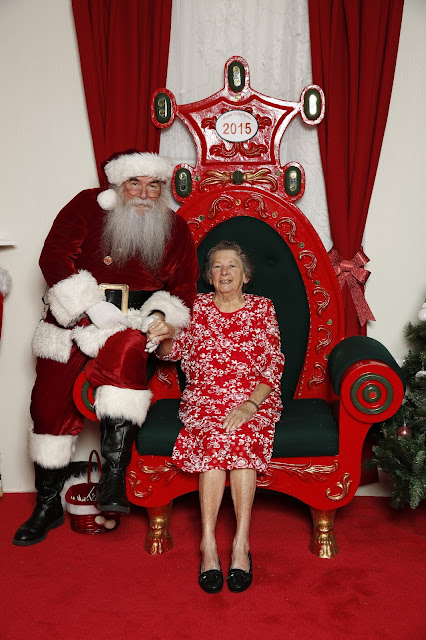 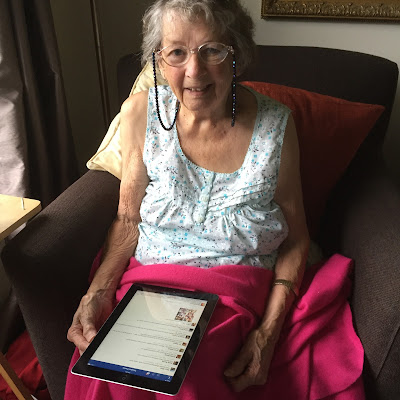 Below is the link to the NBN news story.  I hope you enjoy when Violet went viral!