About 9 months ago mum was diagnosed with Pancreatic Cancer.  She had been poorly and had turned a nasty shade of orange.  Actually it was 257 days or just over 36 weeks ago now.   Her doctors gave her no hope.  Prognosis was vaired depending on which oncologist was offering numbers but the average was 26 weeks.  The doctor in Emergency that actually gave her her diagnosis said 12 months, so right then and there we decided to do a 365 photo project.  Decided to take one photo a day for 365 days.

So here we are 257 days later and  it has been something of a roller coaster ride.   Initially the plan was that I would stay at work until she was incapable of caring for herself on a daily basis and have care workers come in to clean.  Meal prep and shopping would be my domain and she would take care of her midday meal and personal care.

She went downhill very fast and in late october it was obvious I had to take leave from work.  I quickly ran out of Annual Leave and had little sick/family leave of my own after using 8 months of my banked leave with my own cancer treatment in 2012 and 2013.  Fortunately I had just over 12 months of long service leave I could call upon and so I have been in a nursing role since.

We did have some assistance in the home from an agency "assistant in nursing".... until I caught her stealing cash, but that is a whole other story.  We now have a woman come in for 90 minutes once a week.  She cleans the house, vacuums, steam cleans the floors, scrubs the bathroom, dusts, changes the sheets and puts the washing on.   Mum now has a hospital bed and soon a stand up recliner.  She can still walk short distances on a wheely walker but we rarely venture outside the house.  Palliative Care nurses and her GP visit once a week each, but both are only a phone call away if needs must. We've had the ambos come a couple of times too.

Mum recently spent a week at the Mater Hospice. They worked miracles getting her medication under control.  After a mini stroke and heart attack all her meds were fighting each other. So now she is home on reduced medication and we just take each day as it comes.

She enjoys the photo a day shenanigans.  If I forget, she always remembers.   Some days they are posed and themed, but most days they are just as she is.  She always worries about her hair!  The images can all be seen on Instagram here

But here are some of my faves:- 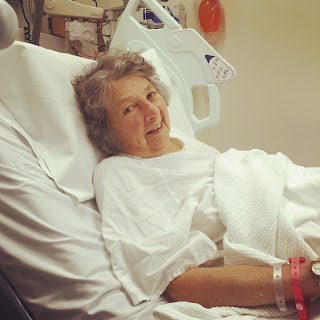 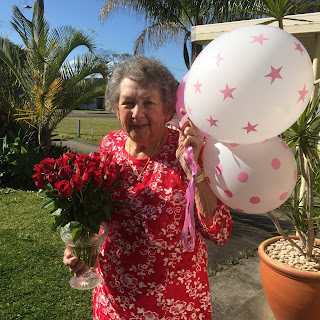 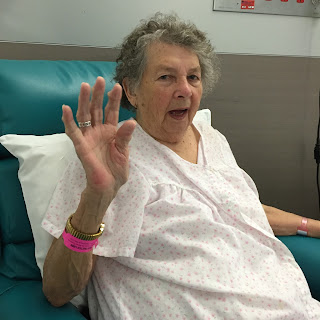 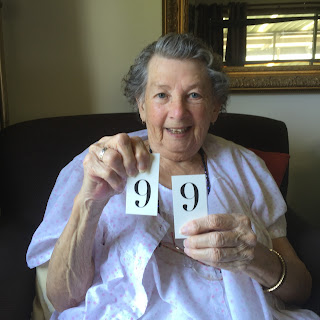 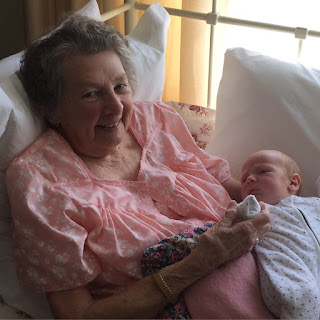 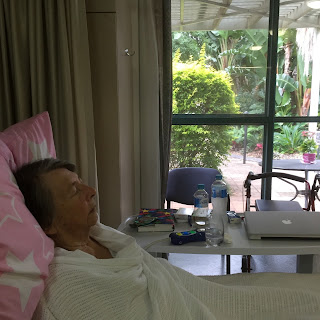 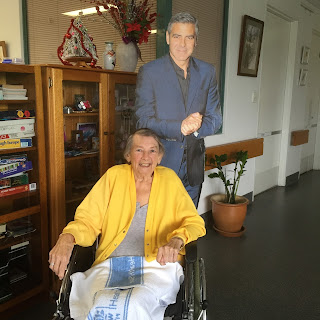 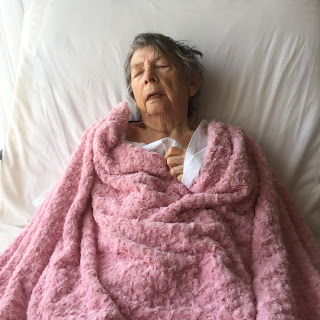