I got something totally amazing for my birthday.   You'll never guess what, so I'll just blurt it out and tell you.  I got coeliac disease!  Woot Woo!!!

Well it wasn't really for my birthday. Like as in it wasn't wrapped up or anything.   Maybe I should explain.... Since my return to work in mid April after Radioactive Ablation in February 2013 I have never felt well.  Never felt right. Never felt like I did before the whole cancer thing.  I was not just feeling physically unwell, but I had a poor work attitude and my moods were less than pleasant.   I had no energy and so in mid september I began seeing a psychologist and my GP on a very regular basis to try and work out what the heck was going on.  Well it has taken some months, untold blood tests, examinations and poking and prodding and chatting to finally get a preliminary finding that I am a coeliac.  Gluten intolerant. An auto immune disease where the villi in my intestine have decided they no longer wish to absorb any iron or vitamin B12 I ingest.  They have shut up shop and will not be nice to me until I cease consuming the bits they don't like.

Now this is a preliminary diagnosis only.  I have been referred to a gastroenterologist who will do a small intestine biopsy to confirm what the Doctor has surmised. Even though I am not fussed on yet another procedure, I do want confirmation one way or the other. So its back to hospital in February.

So what does being a coeliac mean.   Well it means that a toasted sourdough and a beer are out of the question if I want to feel good!!!   In more technical terms it means that gluten, the protein found in wheat, rye and barley is toxic to me.  At this stage I don't know a great deal more about it all, but I expect that to change soon enough! I did investigate the gluten free section of the supermarket this morning and was pretty impressed with the range of items available.  I was unimpressed that a small box of "corn flake" style breakfast cereal was nearly $7 a box!  It does explain why the British Government provide "prescriptions" for subsidised food for coeliacs.  I'm sure I'll figure out the food options though.  I can't see too many changes for my lunches and dinners, but I am a weetbix or oats girl at beakky and that will be an issue!   Oats themselves are fine, but they are usually processed in the same machinery as wheat and apparently that's a no no.

So there is a steep learning curve ahead of me, but I am hopeful that I will begin to feel back to normal soon.  It's been a long hard struggle. And at least it is not another cancer, which is what the Doc suspected from the start!

Next birthday I want something WRAPPED!!!  Thanks in advance!

UPDATE  19 February 2014 :-   The small intestine biopsy was done on 29 January and results were given today.  I am NOT a Coeliac. Nor is it another cancer, in fact they do not know what the problem is, but they are still working on it and I can't ask for more than that.   So I'm back on the sourdough and beer but along the way I learnt how hard it can be for a coeliac and how much wheat is in the everyday food we eat.  Ice cream as an example....  who would have thought ice cream and ice blocks would have wheat in it.  My hat goes off to every coeliac.  It's not an easy life. 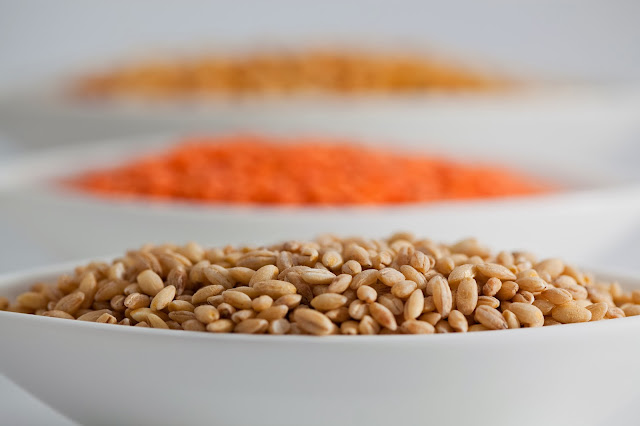